Dengue declines in northern Peru ahead of El Niño rains 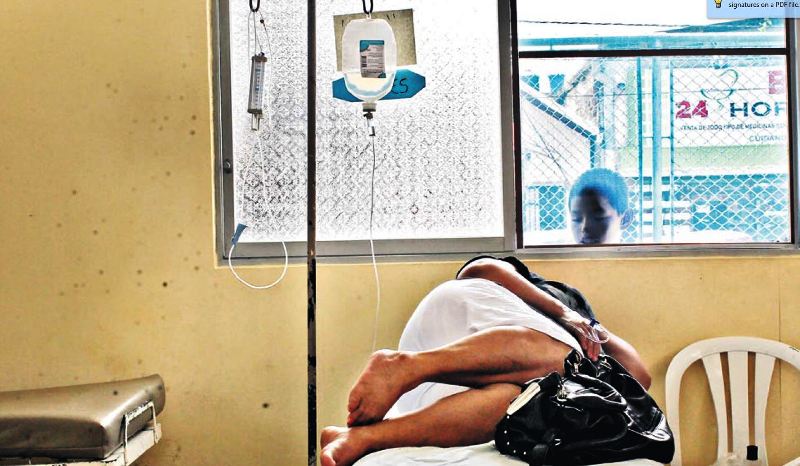 Dengue fever has been significantly reduced in northern Peru ahead of El Niño weather conditions that will create an ideal environment for mosquitoes.

“We must proceed with a multi-prong approach because dengue is not only a problem for the health ministry,” said regional health ministry director Jesus Juarez. “Everyone must participate here, especially those of us who live at home if we want a region free of disease transmission.”

While the monthly data from each state still shows the virus is spreading, the rate of growth has slowed and the latest weekly data suggest the emergency would end soon.

However the El Niño weather phenomenon will shower the region in torrential rains and anomaly waves starting next month, creating a hot and humid environment that will shorten the mosquito life cycle from 15 days to just five.

Experts say that, while dengue has declined, it will increase during the rains. Furthermore, the season presents the risk that other diseases such as yellow fever and malaria appear.

Peru’s national government allocated $1.2 million to Piura when a health emergency was declared in April. Another $1.5 million has been transferred since the emergency was extended in June. Tumbes has received just over $1 million to combat dengue and chikungunya.

“We are receiving more funds,” said a dengue fever specialist from the health ministry in Piura. “The idea is that it will help us stop [the dengue] advance and also prepare us for the next El Niño phenomenon that will bring heat and humidity, which create reproductive conditions for the mosquito and represents greater risks.”

The money will be used to purchase 50 portable fumigators, GPS units for better team coordination and upgrades to the Piura health facilities.

The health ministry program focuses on fumigating homes and educating the public on what kind of conditions create reproductive environments for the zancudo mosquito, as well as how to recognize symptoms of dengue, chikungunya and other mosquito-borne illnesses.

Over 13,000 cases have been confirmed in the northern states of Piura, Tumbes, Lambayeque and La Libertad so far this year. The heart of the epidemic lies in Piura, where 22 have died from over 9,000 confirmed cases and as many as 18,000.

Dengue fever has an incubation period of 10 days from first contracting the virus via mosquito bite. Symptoms after the incubation period include intense headache, fever, bloody nose and intestinal discomfort.