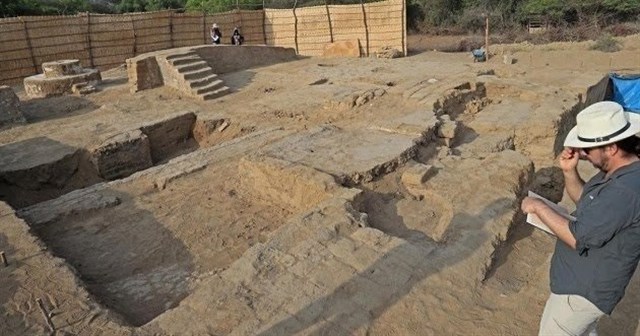 Archaeologists have discovered two chambers of the Mochica culture. The finding provides key clues to understanding the political life of this ancient pre-Incan culture.

After 4 months of intense investigation at the ruins of the Limon archaeological complex in the region of Lambayeque in northern Peru, archaeologist Walter Alva and its team came across an important discovery.

They found two rooms used 1,500 years ago by the Moche for elaborate feasts.

Their desert society ruled over a part of the coastal desert in northern Peru from 100 to 700 AD, in what is now Trujillo. They built irrigation canals, which allowed them to grow crops in desert valleys and keep their society sustainable. 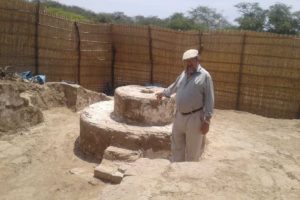 One of the discovered rooms contains two thrones decorated with fishing scenes, where a powerful leader and a guest seem to have enjoyed elaborate feasts. The compound’s walls are decorated with pictures of sea lions and hold concavities for vases and plates where the food for the banquet was presented.

The other room shows a circular podium, possibly for the Moche-elite to make announcements to their subjects.

Women are believed to have held important political and religious positions in Moche society. Last year a replica of the face of an ancient female Moche ruler, the Lady of Cao was found. 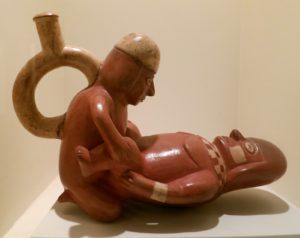 The Moche are known for their elaborate gold work and sculptures depicting a wide range of sexual acts.

The banquets in the Mochica world were important for political debates and business. They took place in specially designed structures and salons.

The events that took place in the chambers were already known to the investigators, through Moche ceramics.

Alva said:“These scenes had been depicted in the iconography of the Moche world but we had never been lucky enough to physically find where they took place”.

Furthermore, a scale model made of raw mud was discovered, representing the exact discovered structure. This indicates that the civilization judiciously planned their constructions.

According to the first investigations, the compound has been buried intentionally, when the Mochicas decided to move to another valley.

It appears that a part of the construction of the unearthed chambers had stopped abruptly in the 5th century.

The Moche civilization is believed to have collapsed due to disastrous climate-related events in the 7th century AD.