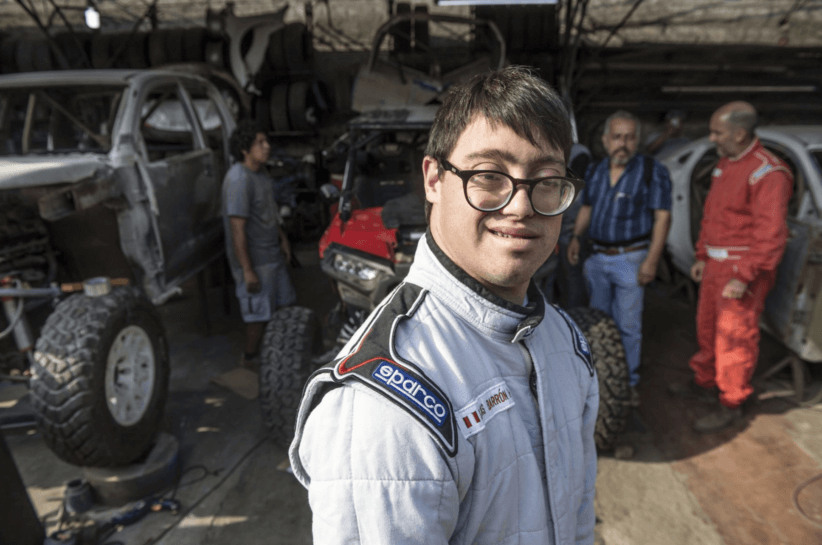 Peruvian driver Lucas Barrón will be making history when the 2019 Dakar Rally kicks off in Lima in a few days. The 25-year-old driver is set to become the first-ever participant in the history of the famed off-road race with Down Syndrome.

Barrón, a native of Peru’s capital city, will be co-piloting alongside his father Jacques when the multi-day race kicks off on Sunday.

“Our aim is to finish the race and achieve our goal,” Barrón recently told AFP news agency. “This race is brilliant for me. It will be easy because we know the route.”

This year’s version of the Dakar Rally is also historic for Peru in that every stage will be held within Peruvian borders for the first time in the 41-year history of the race. The historic rally has been on the South American continent for just a decade after moving on from the African and European continents following a last-minute cancellation in 2008.

Having the first stage in Lima will play right into the hands of Lucas and his father, the younger Barrón said.

“This route will be good for me,” Lucas said. “It will be easier because we know it well.”

The Barrón tandem will be driving in the SxS (Side-by-side) category consisting of the four-wheel drive buggies. While his father drives, Lucas will be in charge of watching the road for obstacles, checking the engine and making sure the tires are working as they should be.

The father-son duo previously came in seventh place at the Desafio Inca race in southern Peru.

The Dakar Rally will conclude Jan. 17 when going from Pisco back to Lima after touring through the country.