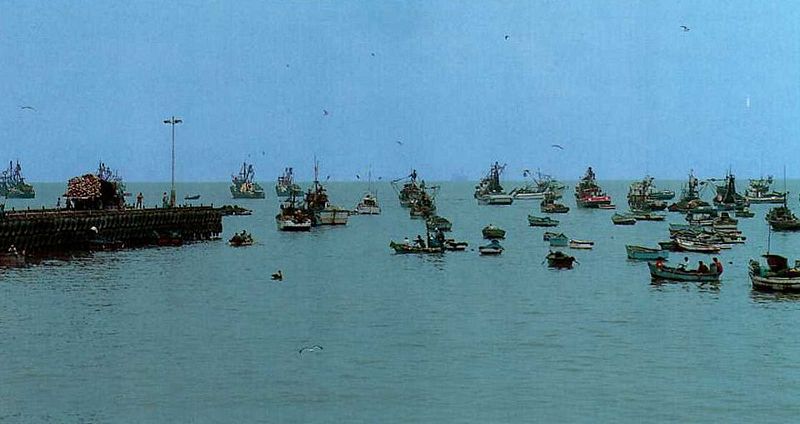 Eight fishermen are missing after their fishing boat sunk early Wednesday morning near the port city of Chimbote, according to the port’s captain.

A report from state-run site Andina said the wooden boat named María Esperanza II occurred six nautical miles off the port in the Ancash region of northern Peru after it collided with a 224-ton industrial ship belonging to a fishing company calledAustral Group. The industrial ship was able to safely return to shore after the accident.

Authorities are still trying to figure out what caused the artisan fishing boat to crash with the larger industrial ship. As of this posting, there are still rescue teams from Lima searching for any signs of the missing men.

There were already four men rescued from the shipwreck and transferred to a nearby hospital.

The accident occurred at 2:30 a.m., according to a statement from the Austral Group. The company’s statement added that the crash was reported to authorities as soon as possible and that it is fully cooperating in investigative efforts.

Chimbote is a strategic fishing port used by both large companies and small-time fishermen. On Monday, new Minister of Production Daniel Cordova went to the port to help welcome in the beginning of the Peruvian anchoveta season.