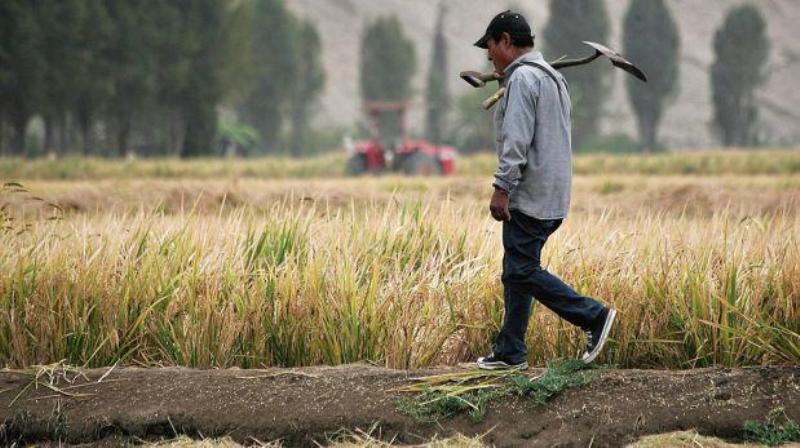 A lack of rain throughout southern Peru will devastate this year’s harvests of crops including onion, garlic, olives and rice.

The 2016 El Niño climate phenomenon which experts feared would cause billions of dollars in damages has turned out to be a moderate event, but not without costs. Instead of torrential rains and flooding in Peru’s north and jungle regions, severe droughts in southern Peru are reducing harvests of some crops by up to 75%, which will lead to increased prices throughout Peru’s cities.

The National Water Authority (ANA) declared a water emergency in Peru’s southern states of Arequipa, Moquegua, Tacna and Puno on Tuesday due to reduced water levels in the Arequipa rivers and Lake Titicaca. ANA plans to approve the drilling of new wells in Tacna and Arequipa’s Tambo valley, while the city of Arequipa will see tighter controls of the distribution of river water.

“It is important to develop a joint strategy between the national government and regional governments, municipalities, labor boards and others so we can be ready to face any negative impact that comes as the government has contingency plans and resources to meet the demands of those affected,” a spokesman told Andina.

“The rainy season is between the months of January and February, but so far it hasn’t happened,” Mirko Avendaño, an agriculture official in the Arequipa state government, told El Comercio. “We are concerned about rice, olives, beans and onions, which are our largest products by volume and require a lot of water. If this becomes a drought, there will be a considerable impact on the prices of these products throughout the country.”

A prolonged drought would reduce the harvests of Arequipa onions, garlic and rice by 30%, 30% and 40% respectively, and Tacna olive production will fall 65%. Just over half of Lima’s onions and three quarters of its garlic are produced in Arequipa, while 82% of Peru’s olives come from Tacna.

“We don’t know yet how much the prices will increase,” Lima chamber of commerce Cesar Peñaranda told El Comercio. “It depends on various factors: the severity of El Niño, the rise of the dollar and the speculation during the shortage.”

Peru’s government spent over $1 billion in infrastructure reinforcements to brace for what was expected to be a strong or extraordinary El Niño in the South American summer. Last week Peru’s weather authority stated that the rains would have little impact in the northern regions.