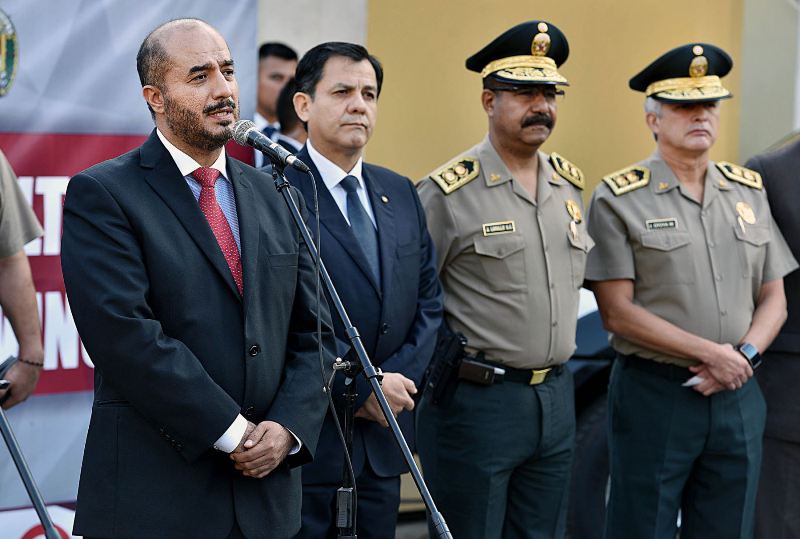 Peru’s government has allowed a state of emergency to expire in six provinces of Apurimac and Cusco near the Las Bambas copper mine project.

The 30-day state of emergency declared last month ended yesterday in the Cotabambas, Grau, Andahuaylas and Chincheros provinces of Apurimac state as well as the Chumbivilcas and Espinar provinces of Cusco. Martial law had been implemented after three people were killed in protests against changes made to the project’s environmental impact study.

Peru’s mining and energy ministry has scheduled information workshops, which formed part of a deal to end the protests last month, in various towns over the next month.

“Firstly, we regret this situation and the loss of lives, which is irreparable,” President Ollanta Humala said. “Second, Las Bambas is the largest mining project in Peru and the second largest in Latin America. Today Las Bambas is almost ready to begin operations. The government via the mining and energy and the housing ministries with deputies in food, agriculture and health are meeting people in the region.”

“The state has not abandoned the people of Challhuahuacho and Cotabambas,” Humala added.

“Given they ended the strike, we will also fulfill our commitment as agreed on Oct. 6 in the district of Coyllurqui,” said interior minister Jose Luis Perez. “We will work on all the issues at the negotiating table.”

The population in Cotabambas does not oppose the mine which is 98% complete and slated to begin production in the first quarter of next year. Local leaders have only protested the presence of a molybdenum plant and the cancellation of a pipeline, which will now require trucks to haul the ore in and out of the area every day.

The Las Bambas copper mine is projected to produce 500,000 tons in each of its first 10 years. It will be the world’s second-largest copper mine by 2017 and account for over a third of Peru’s copper production. The mine will employ 2,000 workers directly and pay $400 million in annual taxes.