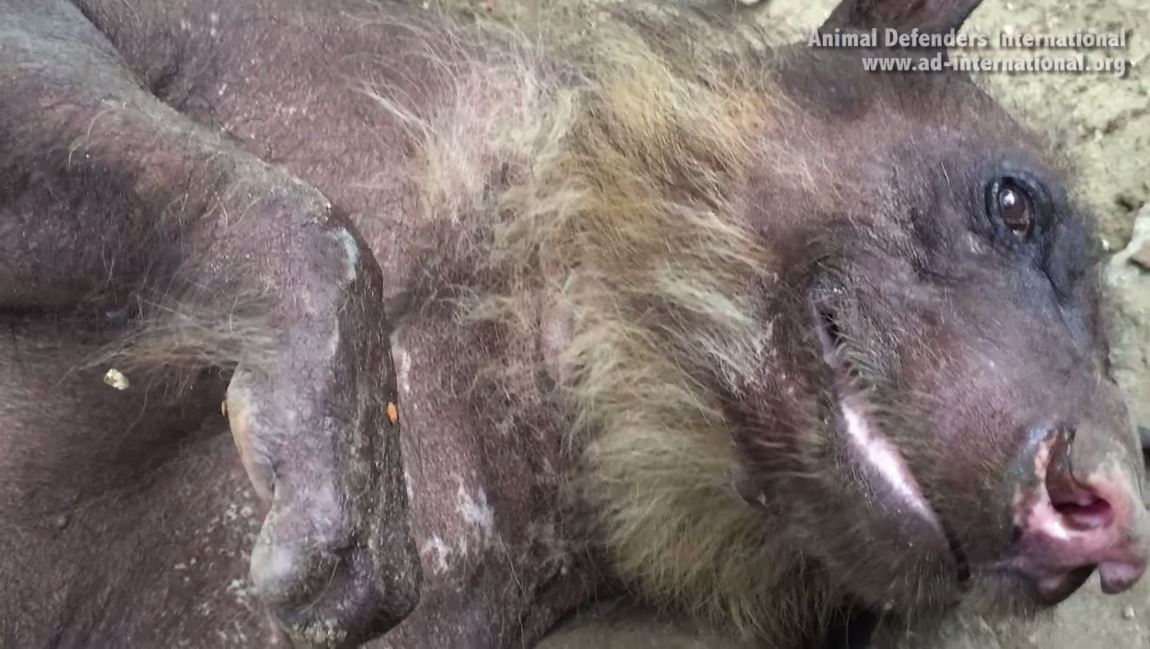 A British animal-rights group has raised the funds to move an abused bear from Peru to a sanctuary in the United States.

“Cholita,” an Andean or spectacled bear, suffered significant trauma living in a circus in the town of Sullana in Piura department. The bear’s handler partially amputated her paws and knocked out her teeth so she would not hurt other circus staff.

The bear was confiscated by Peru’s environmental authority and placed in a public zoo in Piura. From there, Cholita was discovered by Animal Defenders International, which launched a campaign to transfer the bear to the Wild Animal Sanctuary in Colorado along with 33 lions used in circuses in Peru and Colombia.

According to Jan Creamer, president of Animal Defenders International, “We are very, very grateful how everyone has pulled together for her – the US and Peruvian authorities, the zoo where she is in temporary custody and the sanctuary that will be her home.”

According to Wild Animal Sanctuary executive director Patrick Craig, “A lot of them have warped ideas of who they are. They actually have to go through rehabilitation to slowly feel comfortable. It may be that her feet won’t allow her a lot of roaming capability so those are things we have to assess once she gets here.”

While Andean bears are normally covered with black hair with blond patches around the face, inspiring the name “spectacled bears,” Cholita has lost all the hair on her body due to a skin disease and living in the hot region of Piura, as opposed to her native highlands of the Andes. Andean bears can be found as high as 14,000 feet in altitude and are South America’s only bear species. The population is estimated to be fewer than 3000. The cartoon, Paddington Bear, is an Andean bear.

The zoo in Piura’s Kurt Beer park is home to scores of animals. Many of the animals are endangered species that have been seized from circuses, including an ocelot.

Cholita, An Abused Bear In Peru, Gets A New Home In Colorado (NPR)