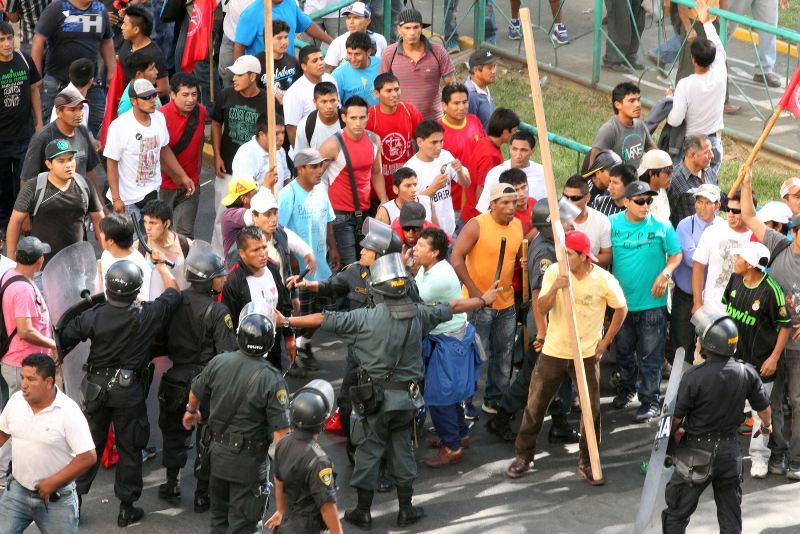 Extortion of construction companies in Peru amounts to over $32 million per year, or 1.5 percent of the industry’s total value.

Peru’s association of construction companies conducted a survey asking how much they pay criminal gangs to avoid work stoppages and violence. According to Capeco president Lelio Balarezo, “The amount can vary between 1 and 2 percent, but the average is 1.5 percent. What the company ends up paying varies by the size of the job and how they get along with the extortioners.”

The Peruvian police department estimates 90 percent of construction projects requiring over $60,000 in investment are infiltrated by organized crime. In addition to direct payments, the gangs demand the companies hire their phantom companies and require workers to pay union dues to their “pseudo-unions.”

“It doesn’t matter if they’re affiliated [with the union] or not. On paydays, armed leaders come and collect the money,” said a police official. Another source in the police said that even professional workers are being charged by pseudo-unions in Piura.

The police department estimates that extortion rackets in the construction industry accounted for 34 murders just in the first quarter of 2014.