Former head of Peru soccer indicted in US probe of FIFA 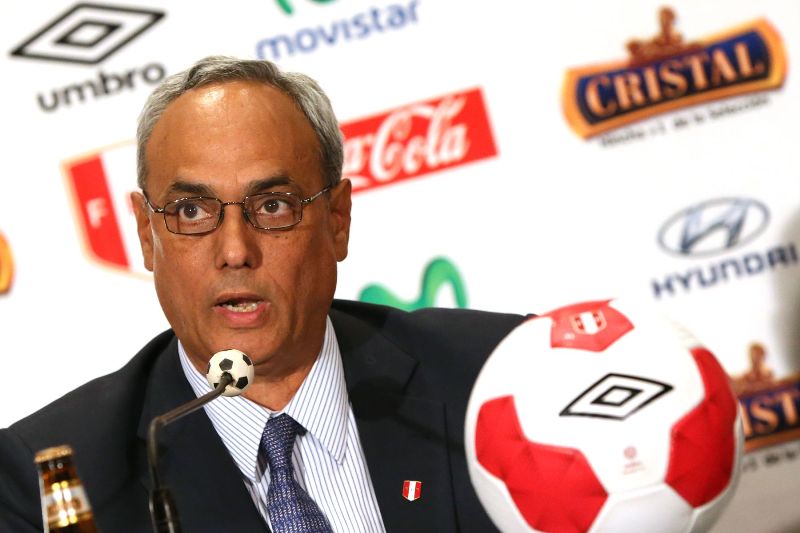 The 92-count indictment for charges including racketeering, wire fraud and money laundering alleges a “24-year scheme” in which Burga, a former FPF president and member of the FIFA development committee, and his counterparts in other Latin American countries charged millions of dollars in kickbacks for advertising and television rights for soccer tournaments.

“The message from this announcement should be clear to every culpable individual who remains in the shadows, hoping to evade our investigation: You will not wait us out.  You will not escape our focus,” said U.S. attorney general Loretta Lynch.

The indictment alleges that Burga, as a director of FIFA’s South America confederation CONMEBOL, accepted recurring bribes from Alejandro Burzaco, the owner of Argentine sports media company Torneos y Competencias (TyC), in exchange for the rights to broadcast the Copa Libertadores and Copa America tournaments as well as various friendly matches.

“I deny having received any bribe and I will stay in Peru to defend myself in the FIFA case,” Burga told Peru 21. Burga added that his 20 years at the helm of the FPF were clean and transparent. “Of the four investigations by Congress, three have been dismissed.”

The U.S. justice department has based its claim for jurisdiction on the fact that conspiracies were negotiated on American soil and bribes were paid using American banks. The charges against Burga which come with a maximum sentence of 20 years in prison meet the requirements for Burga’s extradition from Peru.

“When criminals bring their corrupt activity to our shores and our banks, they will play by our rules,” said Diego Rodriguez, an FBI investigator in New York.

“This case has been nothing short of one of the most complex, worldwide financial investigations ever conducted,” an IRS investigator told the New York Times. “We have identified hundreds of millions of dollars, proceeds that went through bank accounts throughout the world.”

Last May the FBI and IRS announced its investigation into widespread corruption in FIFA. Yesterday’s indictments, almost exclusively confined to Latin America, include a former president of Honduras, a Guatemala supreme court judge and the current president of Brazil’s soccer league.