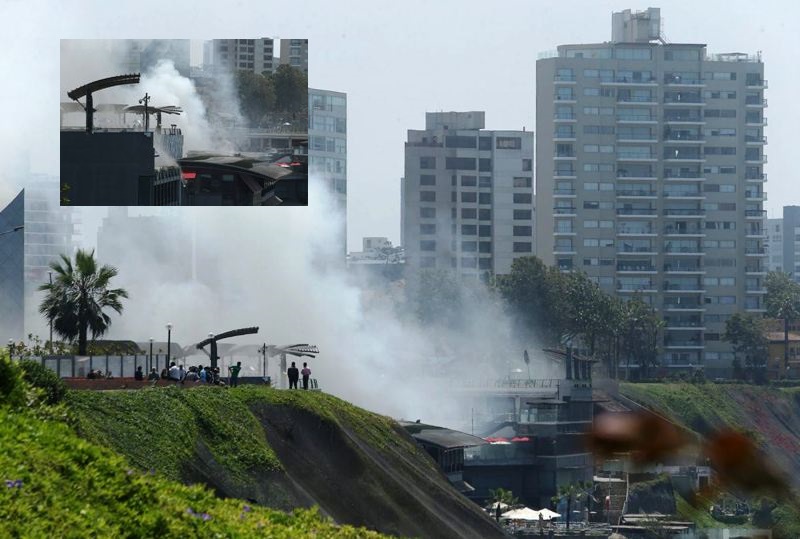 Four people died in a fire Wednesday morning after being trapped in a theater during a fire in the Larcomar shopping mall in the Miraflores district of Lima, Peru.

“In a sign of mourning and solidarity with the families of our deceased partners, the UVK Multicines network will suspend operations nationwide until further notice. We appreciate your understanding in these difficult times,” the company said on its Facebook page.

The fire started around 9:30 a.m. this morning as the theater was preparing for a sneak preview of “Fantastic Beasts and Where to Find Them.” One film critic said he was one of less than a dozen other journalists and 10 employees opening the theater when somebody shouted fire.

Some employees attempted to battle the fire which quickly spread to an underground parking lot as others made for the exits. At least one door was electronically locked since the theater had not yet opened to the public.

The district of Miraflores, Lima’s top tourist area, ordered the closure of the Larcomar shopping mall for 48 hours. The mall built into the cliffs overlooking the Pacific Ocean on Lima’s Green Coast is one of the biggest tourist attractions in the country and an icon of the city.

Today’s tragedy at Larcomar is the third devastating fire in Lima in less than one month. In October three firefighters were killed in a blaze at a shoe factory in La Victoria. Last week thousands of Shipibo-Konibo natives from the Amazon jungle were left homeless when the Cantagallo shantytown was destroyed in a workshop fire.

In September Peru lost some of its most prized art in a fire that nearly consumed all of the 16th-century San Sebastian Temple in Cusco. Seven people were killed during an explosion while filling up a cruise ship on the Amazon River outside Iquitos in July. That fire came two months after two American tourists died from smoke inhalation during a fire on a different Amazon cruise ship leaving from Iquitos.