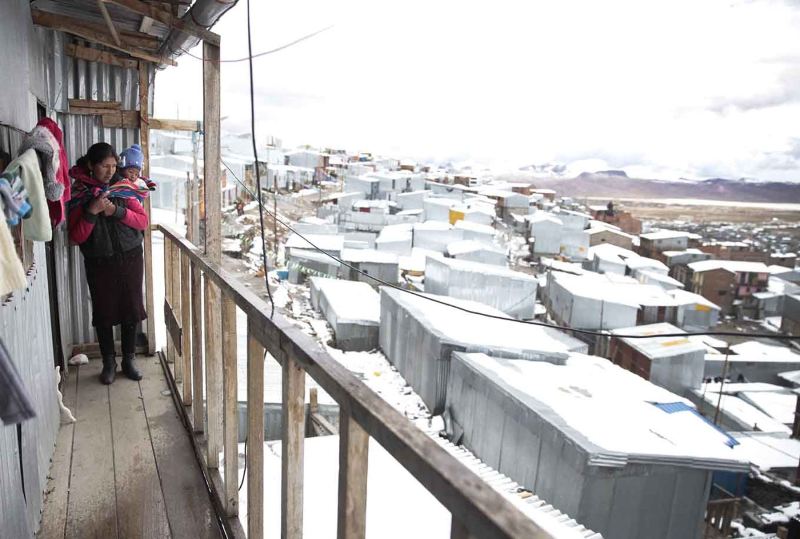 Peru’s government is rushing to provide relief in the southern state of Puno, where a harsh winter has killed 21 people.

After an avalanche buried six miners in San Antonio de Putina province last week, 15 children under five years old have since died from acute respiratory infections and pneumonia in an unusually harsh winter.

San Antonio de Putina, Carabaya and El Collao are the region’s most affected provinces with temperatures as low as -4° Fahrenheit and 12 to 20 inches of snow. On Friday Puno governor Juan Luque declared a regional state of emergency for 10 days in the those provinces.

The region has seen a spike in flu and pneumonia, registering over 39,000 cases of acute respiratory infections this winter. Those most vulnerable are children under five years old and elderly over 60.

“Right now we are implementing the plan for cold spells and low temperatures, which started well last year and had great impact, especially in reducing deaths caused by pneumonia,” Velasquez said.

The health ministry and Puno’s state government are working together to distribute thick winter coats and blankets for the children and elderly as well as food and antibiotics for livestock.

Over 171,000 alpacas have died from hypothermia, diarrhea, pneumonia and starvation. The animals feed on grass, which is frozen and covered in snow. Puno’s regional government has distributed 15,000 sacks of oats to feed the animals crucial to the region’s alpaca fiber industry.

Marcela Huaita, head of the women and vulnerable populations ministry, said in an interview on Cuarto Poder last night that the national government had invested over $94 million to alleviate suffering in the difficult winter throughout Peru’s highlands.