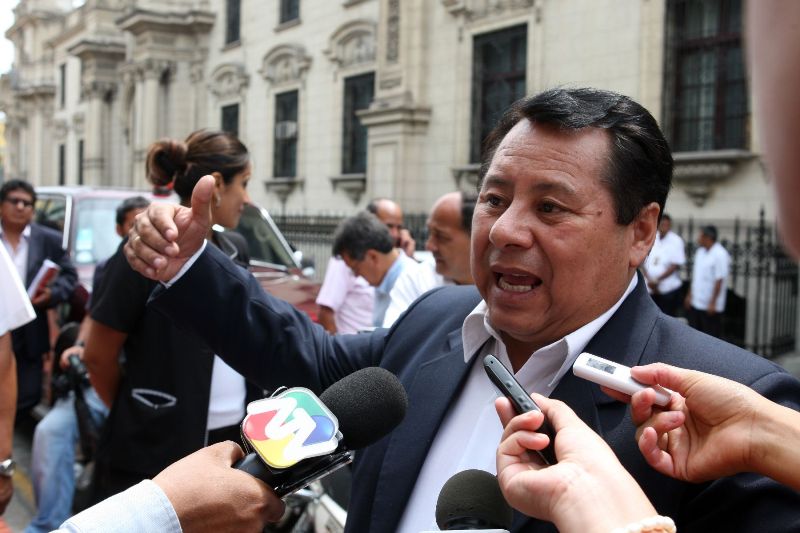 Luis Aguirre, former governor of Peru’s Madre de Dios state who has been a fugitive for more than two years, was arrested in Puerto Maldonado.

Aguirre short stint from 2011 to 2012 as Madre de Dios governor was cut short by accusations of corruption which allegedly took place almost immediately upon taking office. Peru’s electoral board removed him from office in December 2012 due to pending charges for embezzlement.

When a judge ordered nine months of preventive jailing a year later, Aguirre went into hiding. He was arrested at his home in a Puerto Maldonado shantytown on Monday. Aguirre faces embezzlement charges stemming from a $625,000 state contract he allegedly steered to a friend for a road work which was never completed.

Police say Aguirre spent the holidays in his house, an oddity of 4,300 square feet and a swimming pool located in an informal shantytown.

Aguirre is accused of being linked to Martin Belaunde, the former political consultant to President Ollanta Humala who has been jailed for influence peddling and embezzlement. Aguirre is being investigated in at least 50 separate cases. One witness has testified that Aguirre made over $525,000 in 2011.

Aguirre is one of three “fugitive governors” who face corruption charges in Peru. Wilfredo Oscorima of Ayacucho and Gerardo Viñas of Tumbes have been in hiding from authorities since June 2015 and June 2014 respectively.