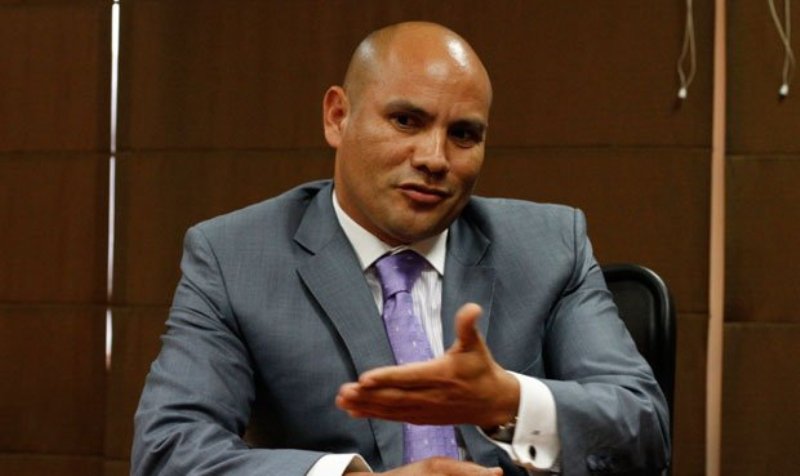 Popular Force chairman Joaquin Ramirez is the subject of a DEA investigation which has the ultimate goal of arresting one of Peru’s top drug traffickers.

Ojo Publico reports that the Popular Force chairman and sitting congressman is part of a joint investigation between United States and Peru drug enforcement agents in which the target is Miguel “Eteco” Arevalo, one of Peru’s top drug traffickers who employs a vast money-laundering network based in Lima, Miami and Central America.

The revelation comes less than six months after a congressional investigation found growing influence of drug traffickers over officials throughout national and state government. Drug traffickers finance political campaigns in exchange for protection from investigations and prosecution. In addition to being the Popular Force party chairman, Ramirez is also Keiko Fujimori’s top campaign donor.

Ramirez and his uncle, Fidel Ramirez, both figure into the investigation dubbed “Operation Untouchables: The Arevalo Drug Trafficking Organization,” which began in 2011. The DEA believe Joaquin Ramirez and Fidel Ramirez, dean of Peruvian Wings University, launder drug money for Arevalo.

Arevalo is being investigated by the DEA, Department of Homeland Security and Broward County police in the United States and by Peru’s Dilandro narcotics unit, according to the report.

Arevalo grew up in the Upper Huallaga valley in the 1980s and 1990s when the area was Peru’s top coca-producing region. He is believed to have inherited an empire once led by well-known drug barons such as Fernando Zevallos, Jorge Chavez and Demetrio Chavez.

In 2001 Arevalo formed Atlantic Airlines in Honduras to fly routes between Nicaragua, Guatemala, Costa Rica, Belize and El Salvador. The DEA believes he used the airline to move 15 to 20 tons of cocaine per year to Central America and the United States. The airline shuttered in 2008 after an accident in Ecuador.

In Monday’s Univision report which revealed the DEA’s money laundering investigation into Joaquin Ramirez, Peruvian pilot Jesus Vasquez said that Fidel Ramirez approached him about launching a small airline in Florida. He later negotiated the business with Joaquin Ramirez, but the deal fell through.

Joaquin Ramirez is the subject of various investigations in Peru. He faces allegations of forgery for allegedly falsifying a title from the Chepen indigenous community in La Libertad to acquire water and electricity service for a real-estate development.

In 2014 money-laundering prosecutor Julia Principe said that Ramirez had “immense real estate assets along with million-dollar investments and stock holdings” which are out of proportion with his income. However a judge declined to lift Ramirez’s parliamentary immunity.

Ramirez is also being investigated for bribery and corruption from his time as president of a Cajamarca soccer club. Investigators believe he may have worked with Peruvian Soccer Federation (FPF) president Manuel Burga to extract bribes for television rights.

Ramirez, who worked as a bus fare collector as a college student, owns dozens of homes and cars worth over $7 million.

The intense scrutiny into a top leader of Keiko Fujimori’s campaign for president in 2016 elections comes as the candidate is in a dead heat with Pedro Pablo Kuczynski just three weeks before a runoff vote is held on June 5.

The DEA issued a statement on Monday saying that Keiko Fujimori was not being investigated.