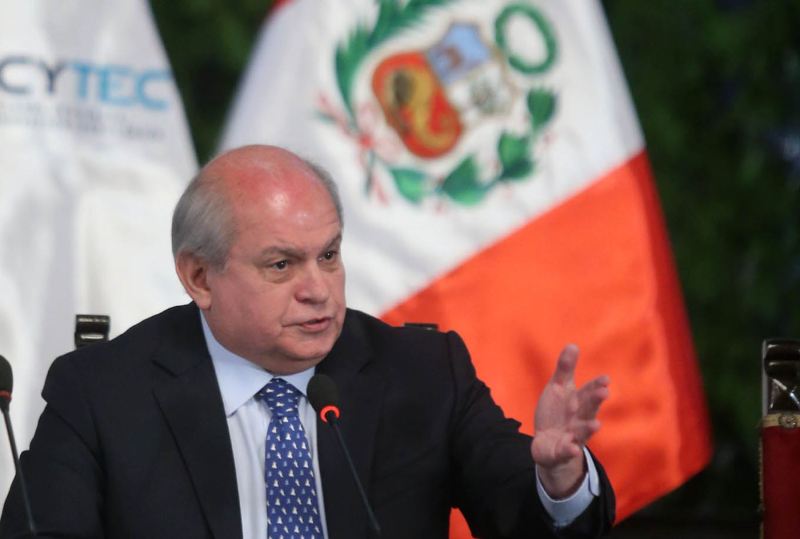 Prime minister Pedro Cateriano announced that Peru would not increase the minimum wage before the end of President Ollanta Humala’s government next year.

In February Fredy Otarola, who was labor minister at the time, said that Humala’s government would increase the minimum wage this year. He added, however, that his ministry had not decided how much to increase it. He said the national labor board would determine the increase in June.

On Saturday, just one day after finance minister Alonso Segura said that the minimum wage increase was being evaluated, Cateriano said in an interview on RPP that the current government would not increase the minimum wage.

“To be able to increase wages, to create jobs, we need national and private and foreign investment,” Cateriano said. “And that happens when there is a climate of political and legal stability. If not, it is very difficult to attract investment. It would be easy to increase the minimum wage this year, so the next government pays for it in July … We believe that our obligation is to leave the finances in order for the next government.”

Cateriano added that opposition to the Tia Maria copper mine was discouraging foreign investment in Peru. “We have to guarantee mining projects which are underway and that forecast, if they happen, a GDP increase of 1.4% next year. If they happen.”

“Unfortunately this government is turning its back on workers and only looks after business interests, of those large multinationals,” Sifuentes said. “Peru is not only a mining country. It has agriculture that needs economic support. If there is no growth, it is because the government has not been able to apply these measures.”

“Considering that [the minimum wage] is a sensitive issue that on one hand generates expectation in the population but on the other can be counterproductive in the fight against informality, it is likely that policymakers will continue to debate the costs and benefits of this measure.”