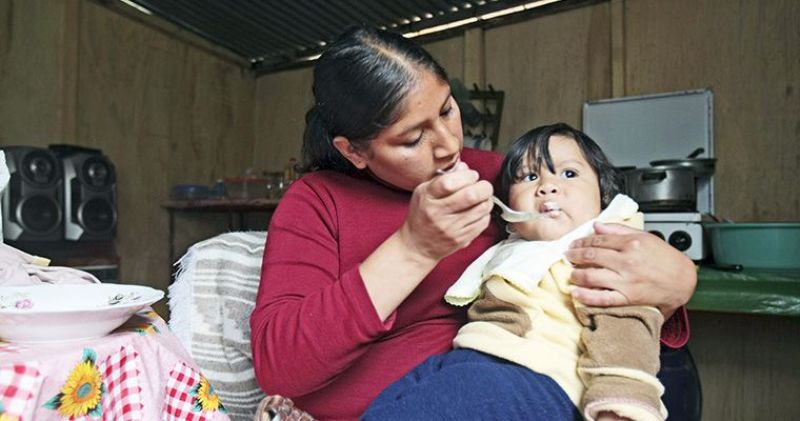 Peru’s health minister announced over $4.1 billion would be allocated to the country’s continuing efforts in reducing malnutrition.

Peru reduced chronic malnutrition in infants from 19.5% in 2011 to 14.6% in 2014 according to recently released data from Peru’s statistical agency, Inei. Health minister Anibal Velasquez said Peru’s performance made it the world’s model for combating malnutrition.

“For a while it was believed that delivering food would solve malnutrition. But only 11% of the population took advantage of programs which provided baby food to families in need,” Velasquez said. “Even though the baby food contains micronutrients, it wasn’t being used. Only 11% of the poor population used that baby food, and not everybody used it because the distribution model did not deliver to the person or the home, but to health services, and they used discretion in giving them out … So the distribution model and the acceptance of baby food was not adequate.”

Velasquez added that education of mothers, prenatal care and pediatric services made the biggest impact. He announced additional programs to increase awareness about key vitamins and minerals essential to development in infants.

The health ministry’s next goal is to reduce anemia by 15% in 2016. “Now we have multivitamins available and they are being distributed throughout the country. There is an incentive package for the regional governments that deliver them. We are working on advertising campaigns such as ‘No to Anemia,’ which we hope will increase this product’s acceptance.”

The budget is significantly higher than what was recommended in a recent study by the United Nations. The World Food Program determined that reducing malnutrition in Peru would cost $160 million. Those researchers recommended four specific measures: prenatal care, iron and folic acid supplementation to pregnant women, normal delivery of newborns and multivitamin supplementation which includes iron, folic acid, vitamin A and zinc.