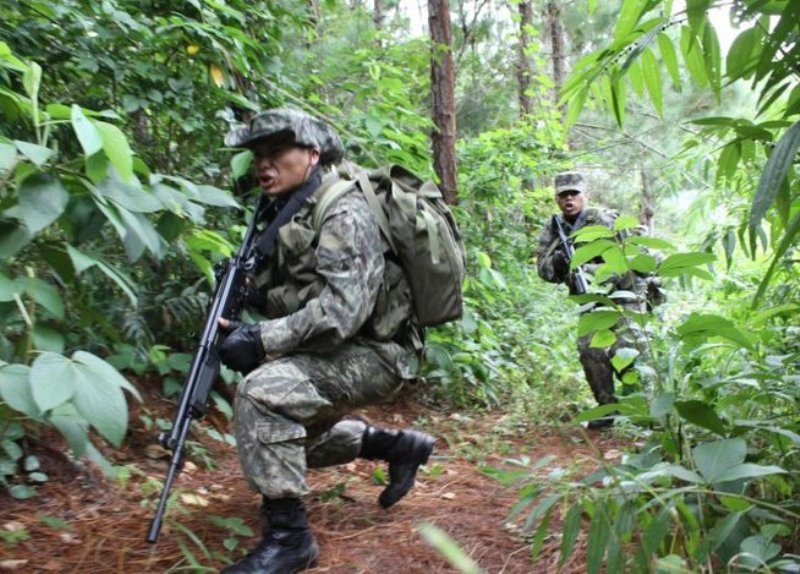 A surprise attack on a Peruvian military patrol killed one soldier and injured another in a jungle region of Junin state yesterday.

A Peruvian military platoon was patrolling an area in Junin’s Satipo province. The Satipo province forms a small part of the multi-state area known as the VRAEM, Peru’s top coca-producing region where Shining Path guerrillas work with international drug traffickers to produce, process and smuggle cocaine out of the country.

The patrol was ambushed by unknown assailants presumed to be members of the Shining Path guerrillas. The unit repelled the rebels and gained control of the area, but suffered the two casualties.

“The Armed Forces Joint Command expresses its sorrow for this loss, and sends its deepest condolences and sympathies to the family of this brave defender of the homeland. We repeat once again our firm decision to permanently exercise our role in fighting for the peace and development of the country,” read a statement from Peru’s army.

The attack occurred near the Paquichari counter-terrorism base in the Pangoa district of Satipo province. The same area saw two soldiers wounded and one drug trafficker killed in a firefight last October.

While Peru’s government oversaw a 14% reduction in coca production last year, illicit trafficking in the VRAEM region was virtually unchanged.