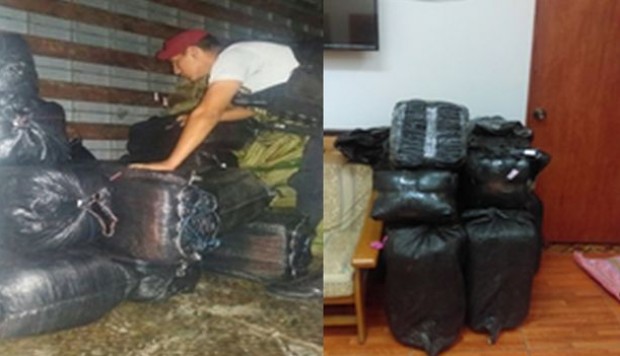 On September 18 Peruvian police reported that they had seized 560 kilograms of coca leaves through a series of five coordinated busts in the Huanuco region of central Peru.

The coca leaves, which had already been dried and pressed, were being transported irregularly through various parts of the Huanuco region via different modes of transportation, including the buses of Peruvian transportation companies Marginal and Selva Express.

Of the five separate busts, the largest was seen in the city of Tingo Maria, where police confiscated 13 bags of coca leaves equivalent to 260 kilograms.

All of the confiscated material has since been delivered to a secure storage facility at the state-owned National Coca Company (ENACO), which is the only Peruvian company authorized for the commercialization of coca and its derivatives.

This bust is the latest development in the region of the government’s growing effort to fight the illegal cultivation and trade of coca-based products.

Tingo Maria, located within Peru’s Huanuco region, has recently experienced several busts related to illegal coca leaf production or transportation. Earlier this month, an additional 278 kilograms of coca leaves were seized in the city, which followed separate busts of 190 kilograms and 150 kilograms at the end of August.

Together, these busts represent part of Peru’s National Strategy Against Drugs which has helped eliminate over 157,000 hectares of coca cultivation during the last seven years.

Despite the country’s eradication efforts, however, the number of coca plantations has remained on par with its level from eight years ago, expanding cultivation due to certain regions.

According to the same report, in Alto Huallaga, the province to which Huanuco belongs, coca cultivation has been reduced by 94%, marking the highest reduction in the country — a statistic that is fairly easy to believe given the number of recent busts in the region.

Cultivation of coca is not outright illegal in Peru, however, owners of coca farms must register themselves and their properties with the government. Currently, this type of legal production only accounts for 17% of total production.

Raw coca leaves are often used in the production of cocaine, as the price gap between legal and illegal cultivation leaves a large incentive for individuals to produce and sell them illegally.