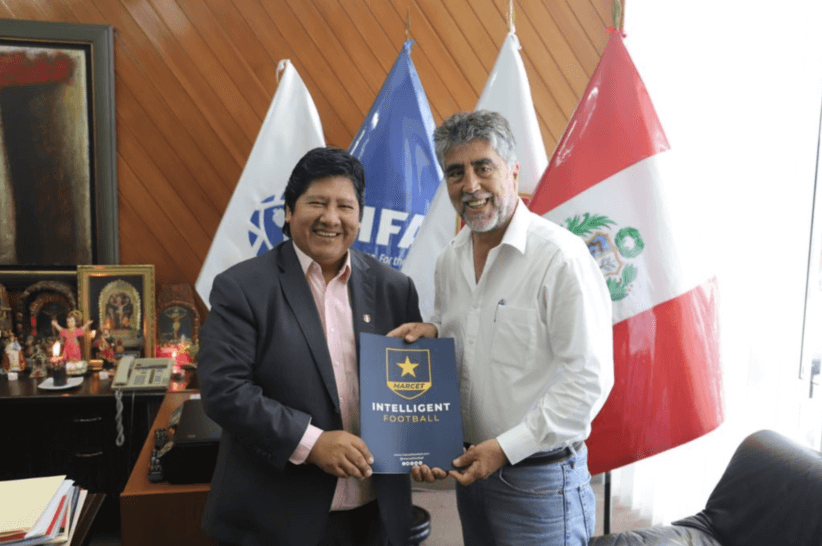 Edwin Oviedo, the head of Peru’s Football Federation (FPF), has been detained after accusations of being involved in a “corruption network” in the country.

According to the AFP news agency, the supposed corruption network was made up of judges and prominent businessmen in Peru. Prosecutors have identified the group as “The White Collars of the Port” of Callao.

The news report said that Oviedo was put under preventive detention Thursday morning following a raid on his home in Lima.

The Peruvian Prosecutor’s Office confirmed Thursday that there was an arrest order for four different people involved in the reported criminal network and that multiple homes and buildings would be raided.

Oviedo was overhead in audio recordings with disgraced judge César Hinostroza, who is currently awaiting undergoing an extradition process in Spain. Prosecutors have alleged Oviedo of giving Hinostroza and his wife tickets to the World Cup in exchange for favorable rulings on Oviedo’s ongoing judicial hearings.

“There was a criminal organization dedicated to silence all opposition to the judicial administration that had been propped up by Edwin Oviedo,” said prosecutor Juan Carrasco. “The prosecutor’s theory is related to the fact of wanting to remain in the Tumán business administration and take over the business’s assets. Anyone opposing was quieted.”