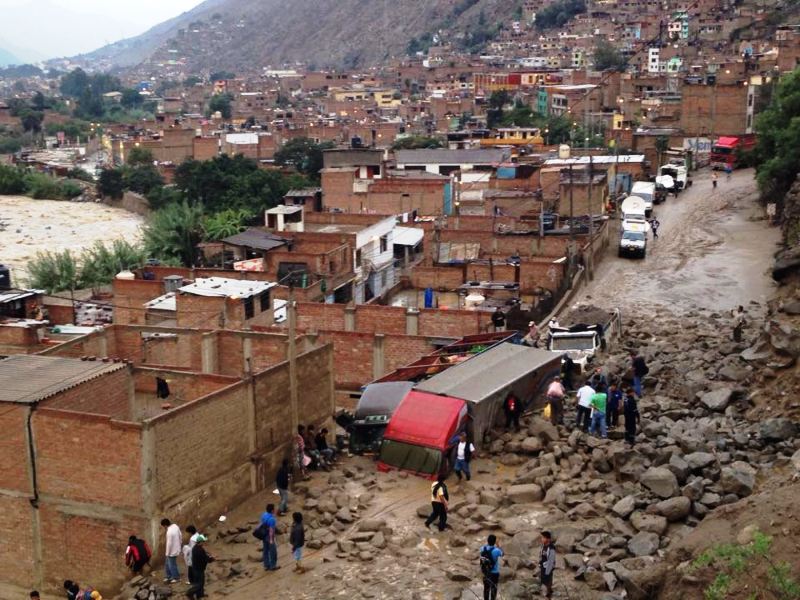 Heavy rains on Monday caused a landslide that has killed eight and destroyed over 100 homes in the Chosica district, 20 miles east of Lima.

Five days of heavy rains caused floods which damaged houses, phone lines and roads. On Monday landslides grew so large they carried away cars and buses. Eight people have been found dead so far, 25 injured and six are missing. Authorities say more deaths are expected. 108 homes were completely destroyed, 45 are uninhabitable and over 300 damaged.

President Ollanta Humala declared a state of emergency during a visit to the area in order to mobilize local governments to restore basic services and infrastructure. Chosica sits on a major highway connecting Lima to central Peru, which has been blocked since Monday.

As the central highway blocks access to Lima, the capital is experiencing a shortage of some food products including potatoes, peas and carrots. Some vendors in Lima’s Santa Anita wholesale market have doubled food prices. Transit officials said the highway will be closed for at least the rest of the week.