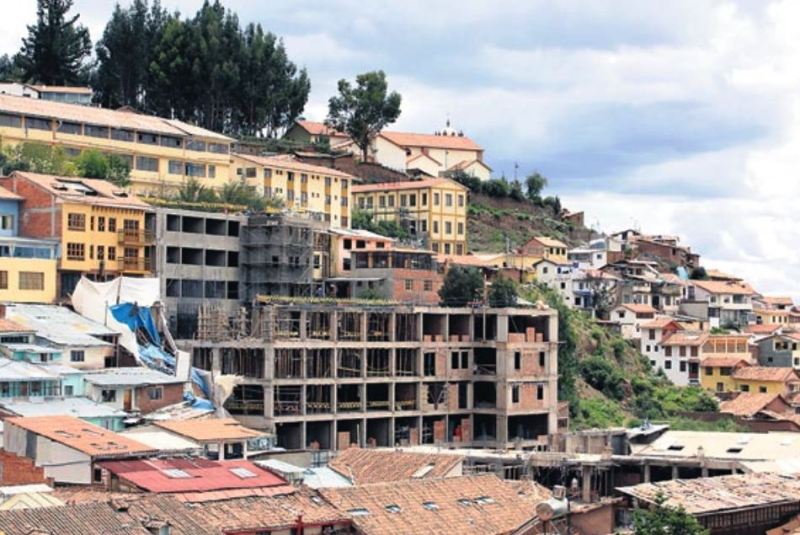 The city of Cusco has repealed a construction license for Four Points by Sheraton to build a ten-story hotel in the former Inca capital.

Peruvian construction firm R&G obtained a license to build the hotel on a lot of 32,000 square feet on Saphy street, just three blocks from the Plaza de Armas in the historic city center of Cusco.

But protests by cultural societies and neighborhood organizations stopped construction of the $30 million, 145-room hotel. Mayor Carlos Moscoso says the height of the building violates Cusco’s cultural heritage ordinances and that the license was granted just two days before his predecessor, Luis Flores, left office.

“Due to its characteristics, this job is unfeasible,” Moscoso told El Comercio after the city passed a resolution voiding Sheraton’s license. “The company has been informed of the work stoppage in protecting the cultural heritage … They can only appealed through the courts.”

“In Inca times, a river passed by Saphy street,” activist Tika Obregon told El Comercio. “On one of its slopes was a network of platforms that led to the Sacsayhuaman fortress.”

The Peru Hotel Society (SHP) says that the repeal of a license granted in 2014 sends a dangerous message to international investors.

“The project’s lot has one exit at the street level and another exit three hundred feet higher,” SHP consultant Gianfranco Aliago told Gestion. “So they have permission to build two and a half stories through an atrium, and the floors which go below the other street to level out … The authorities were aware of these conditions.”

Moscoso said that the city would request R&G to demolish the six stories currently under construction.