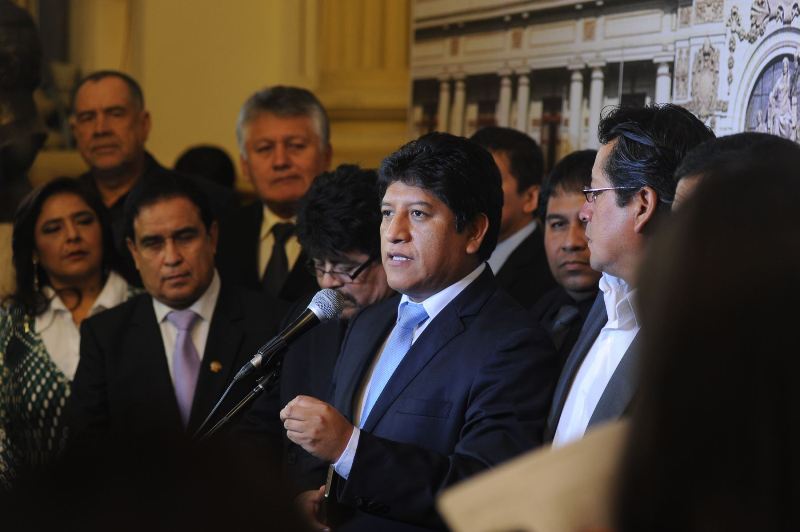 Peru’s congress rejected calls to rewrite a law which would allow state oil firm Petroperu to take over operations at the country’s largest oil block.

Loreto politicians forced a debate in congress last week over laws regulating Petroperu as mass demonstrations were held in Iquitos and greater Loreto to protest the awarding of the country’s largest oil license to private firm, Pacific Stratus Energy.

The Loreto politicians wanted to change a law which prohibits Petroperu from taking on extra debt during its $3 billion modernization of the Talara refinery. Petroperu has not drilled oil in 20 years and block 192 requires an immediate $216 million investment.

Prime minister Pedro Cateriano and mining and energy minister Rosa Ortiz made the government’s case before congress on Wednesday that Petroperu was financially overextended with the Talara refinery and that fiscal responsibility should not be cast aside for public opinion.

However many fellow members of President Ollanta Humala’s Peruvian Nationalist Party stood in open opposition to the government over block 192.

“For Loreto, this goes beyond Petroperu. This is an issue of trust. The people of the Amazon, after the bad experiences with companies who left environmental damage, now look to Petroperu,” said Victor Isla, Nationalist Party congressman from Loreto. “For me, Loreto is first.”

Prominent Nationalist Party members Fredy Otarola, Daniel Abugattas and Josue Gutierrez also voiced their support of Petroperu operating block 192. Analysts have suggested that congressmen from the leftist Nationalist Party are staking out populist positions in open opposition of the business-friendly government ahead of an election year.

“We want to know why [Humala’s government] awarded this oil license. And not only that, but also reducing the royalties from 34% to 17%,” Fujimori said in a speech in Cusco. “Petroperu, alone or as a partner, can operate block 192.”

However when it came time to vote in congress, the Fujimorista coalition withdrew from congress without voting, prompting Apra- and PPK-aligned politicians to accuse them of pandering.

“Not only do I see double speak, but an electoral campaign that has already begun to drive demagogic proposals,” said Apra congressman Javier Velasquez, former Cabinet chief under Alan Garcia.

For all the political debate and drama, the motion to amend Petroperu’s financing regulation was handily defeated 58 to two, with four abstentions.

Opposition leaders announced two regional demonstrations in Iquitos for Wednesday and Thursday. Last week protests in Iquitos stopped traffic in areas throughout the city and some demonstrators clashed with police.