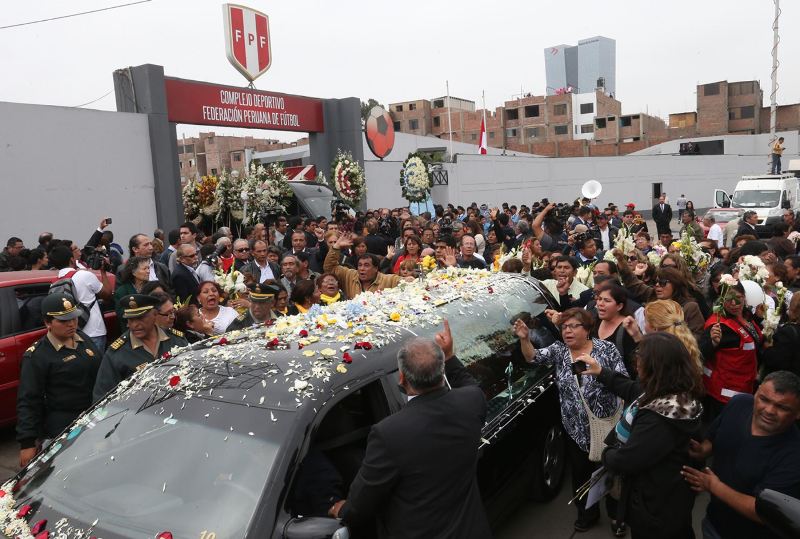 Ternero won four Peruvian league championships with the Lima-based Universitario de Deportes. He also played for Leon de Huanuco, San Agustin, Defensor Lima and Cienciano in a career that spanned over a decade.

However Ternero will be forever remembered as the coach who led the Cusco-based Cienciano club to the 2003 Copa Sudamericana championship, the only international title won by a Peruvian team. Ternero inspired the low-ranked team to victory over the Argentinean soccer giants, River Plate, with the iconic phrase “Si se puede” (Yes, we can).

After his career in soccer, Ternero turned to politics and served as mayor of Lima’s San Martin de Porres district for two terms.

Ternero had been hospitalized for the last four months in his struggle against liver cancer. Hundreds of fans and sports figures attended his funeral in Lima’s Campo Fe Huachipa cemetery.