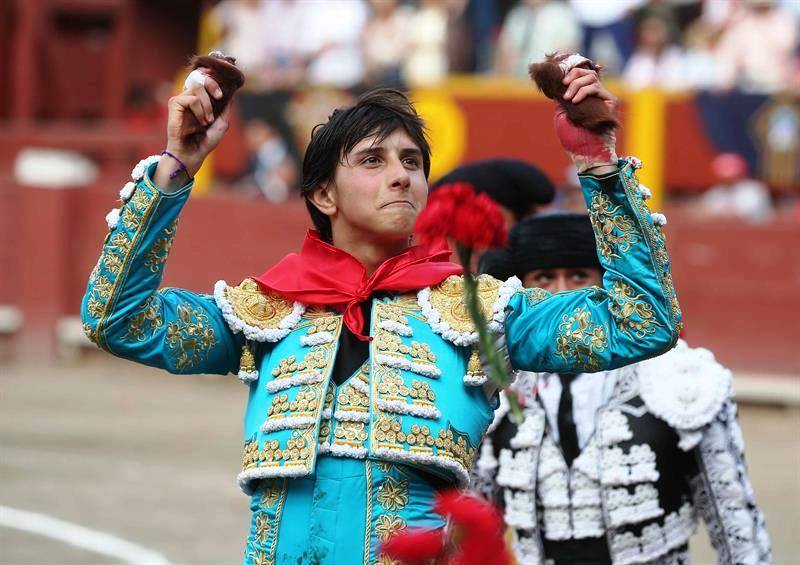 The 19-year-old cut four ears from two bulls and was carried from the bullring on fans’ shoulders after his impressive debut in Lima as a matador.

Roca won the crowd over with impressive performances following a disastrous show in Mexico last week in which he was gored in his mouth. The fans of Lima eagerly watched whether he would avoid risks or fight cautiously after losing three teeth two weeks prior. But if anything, Roca showed even more bravery in his hometown debut, executing passes on his knees and nearly being tossed twice.

“I must have the race of the Peruvian, of the fighting cock,” Roca said. “It’s nice to have people trust in you, and at the same time you know that they trust you because things have gone well.”

Peru’s fans hope Roca will be one of the world’s most distinguished matadors to honor the country’s own bullfighting heritage. Last April he was carried out on fans’ shoulders from Madrid’s Las Ventas bullring, considered to be the world’s most prestigious venue.

Roca performed alongside his mentor Enrique Ponce, a Spanish veteran and five-time Escapulario de Oro winner who is also beloved among Peru’s bullfighting fans. Roca cut one ear in the show which completed the 2015 Feria del Señor de los Milagros.

“I think he has some great qualities to go far,” Ponce said about his protege. “How far? Nobody knows, but if he continues as he has I think he may be the bullfighter that Peru has been waiting for.”