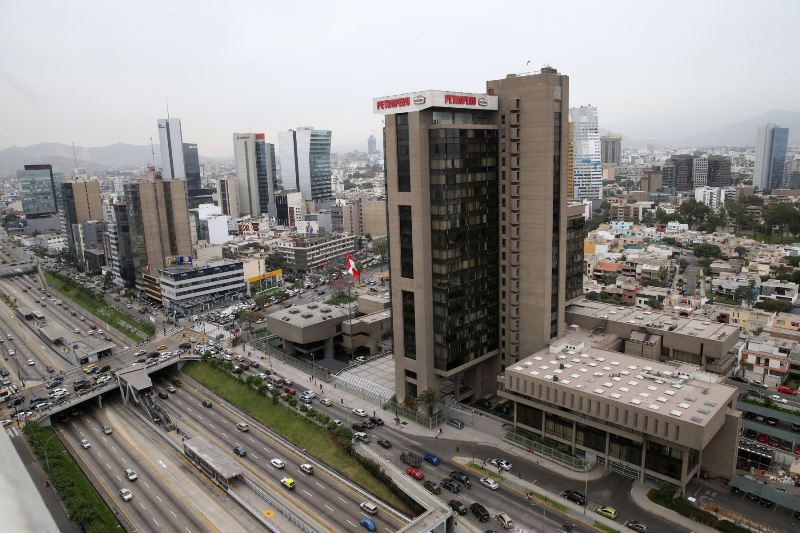 Analysts in government and the private sector try to assess the economic damage an extreme weather phenomenon will have on Peru’s GDP in 2016.

Peru’s top banks and financial institutions are revising their GDP projections down one to two percentage points in the face of a South American summer which increasingly appears to feature an extreme El Niño season.

The warmer surface temperatures increase rainfall along the coast and in the Amazon jungle of Peru. Increased rainfall in an extreme year can lead to flooding, disease and damaged infrastructure.

Highlighting similarities in weather conditions to the summers ending 1982 and 1997, the two most damaging El Niño seasons in recent memory, Peru’s national weather service SENAMHI has assigned a 55% probability that the coming El Niño phenomenon will be strong or extraordinary.

Quantifying the economic damage from an extreme El Niño requires analysis of how it will affect two of Peru’s most productive industries: fishing and agriculture. Tourism, manufacturing and oil are also affected. Peru’s economic losses in 1997, the last year of an extreme El Niño, were $3.5 billion.

While Peru’s most important economic activity, mining, is mostly unaffected given its concentration in the southern highlands, Peru’s top export outside of mining and energy are most exposed to El Niño. Fish, and especially the anchovy, will migrate in search of colder waters.

The anchovy, which is used to make fishmeal, will either move closer to shore where large ships cannot follow them, or they will swim too deep to be caught. BBVA has predicted there will be no first fishing season at the beginning of 2016, reducing their production forecast 83% from 4 million to 700,000 tons.

Agriculture is Peru’s next important industry to suffer the wrath of El Niño. Almost half of Peru’s non-traditional agricultural exports are grown along the northern coast in Tumbes, Piura and Lambayeque. El Niño will cause torrential rains and flooding which ruins crops and even infrastructure.

While grapes, mangos and bananas are most exposed, other at-risk crops from Peru’s coast include avocado, mandarin, lime, asparagus, sugar cane and cotton.

The Peruvian Association of Insurance Companies (APESEG) says that manufacturing would be damaged if factories cannot receive the raw materials they need due to delays in transit. APESEG set a worst-case scenario of $3.7 billion in losses to the manufacturing sector.

Peru has three giant infrastructure projects to offset economic setbacks from El Niño. The Southern Gas Pipeline, the Chinchero airport near Machu Picchu as well as the second line of Lima’s Metro light rail system which will connect eastern Lima with Callao are all scheduled for next year. The national government has also earmarked over $276 million for construction of infrastructure upgrades and prevention.

However, most experts believe the weather phenomenon will reduce GDP growth by at least one percentage point.

BBVA forecasts 2.8% growth in a bad El Niño, 3.8% if moderate. BCP predicts 1.2% and 3.2% respectively, adding that the regional economies in the north and Amazon jungle will contract by over 3%.

Ruben Guevara, an economist at the Catholic University’s Centrum business school, believes that the government and banking estimates are too optimistic because they use historical data from the El Niño phenomenon in years when the northern states were less developed.

“This year we have much more infrastructure and means of production in the areas affected by El Niño, so it’s likely that the damage this time will be greater than the official estimates,” Guevara said.

To make things worse, the economy may not be the northern states’ top priority when summer comes. An outbreak of the dengue virus prompted a health emergency in Piura last April. While the epidemic initially seemed to spiral out of control, the number of cases was drastically reduced by August.

However the heavy rains and flooding will create the ideal breeding environment for mosquitoes which carry dengue and chikungunya. Authorities are even worried about malaria and cholera.

Finally, the strong El Niño will peak in the middle of an election cycle. The general elections which feature the first round of voting for President are scheduled for April 10, about a week after the conclusion of the hottest months in Peru.

“This is a job in which we should all be united. [El Niño] is going to affect all of us,” said Cabinet chief Pedro Cateriano. “Unfortunately it will probably affect the population in the heart of elections.”

What are El Niño and La Niña? (National Ocean Service)