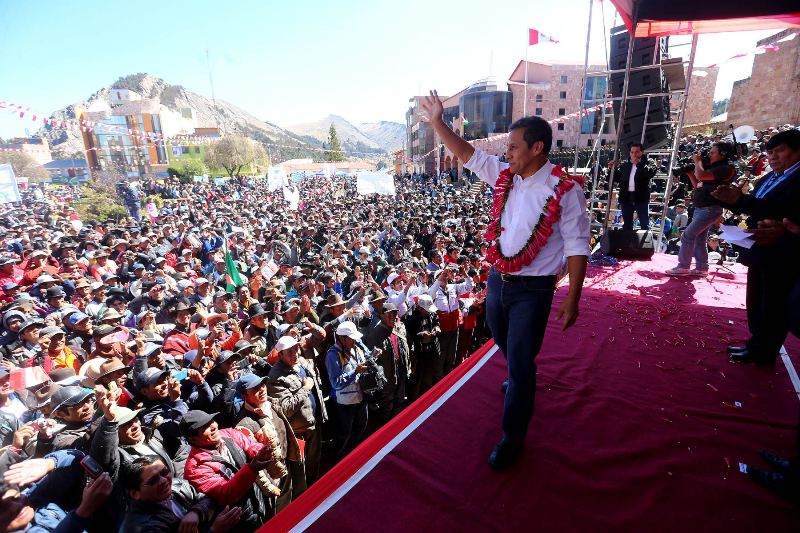 President Ollanta Humala announced the cancellation today of a recently granted trout farm license on Lake Titicaca during a cabinet meeting in Puno.

Peru’s production ministry granted the 205-acre concession on the lake’s north shore along the border of Bolivia to Inversiones Mitano in early February. However news of the deal did not reach residents of Puno’s Moho province until April when the company notified local officials of its intentions to begin operations.

Mitano forecasted production of 3,000 tons of trout per year in a region that currently produces 20,000 tons, almost all of which is caught by small-scale fishermen. Local officials say 300 families and 15,000 local residents will be affected by the fish farm.

“If [the Mitano trout farm] gets developed here, I will lose my job and my family will have no support, because the reeds I feed my animals could disappear,” a fisherman told Peru21.

The company denies their fish-farming methods harm the environment. “We will add to [the Lake Titicaca trout-fishing] sector, but in a more technical way and with less of an impact on the environment,” company representative Luisa Morote told Correo. “The current production in Puno is oriented to the domestic market, selling mostly fish weighing a half pound on average. In our case, we will produce fishes weighing more than four pounds and destined exclusively for export markets.”

However Moho province residents oppose the project because they do not want to lose the right to fish their current waters. Others believe the large quantities of concentrated fish food dispersed from floating cages will harm the ecosystem.

“[The Mitano trout farm] affects the lake residents most. They do small-scale fishing there. Almost all of the Moho population works in that. It is part of the family livelihood,” said Moro province mayor Uriel Condori.

Last Thursday more than 5,000 protesters from the Titali, Conima and Moho districts demonstrated in the Moho central plaza. In Lima, Puno congressmen pressured the production ministry over the lack of prior consultation with the local community as well as legal deficiencies in the license application. After a meeting between the Puno congressmen, production ministry officials and representatives from Mitano, reports surfaced that the project was suspended.

However the Puno congressmen were not satisfied and demanded the cancellation of the trout farm. Community leaders threatened an indefinite strike in Puno until the concession was repealed.

This morning President Humala was scheduled to hold a Decentralized Council of Ministers meeting in Puno. The cabinet meetings held in rural provinces throughout Peru is Humala’s initiative to give a greater voice to communities outside of Lima. The 21st installment was scheduled to take place in Puno. Humala held the meeting in the Moho province and announced the cancellation of the Mitano concession.

“We are canceling [the concession]. We are also talking with authorities about how to create a fish farming culture for Puneños. Foreigners aren’t going to come and teach us how to work trout,” Humala said.

Humala also touted his government’s public spending projects in Puno, including $470 million on 10 water treatment plants to decontaminate the water of Lake Titicaca. One of the plants will be built in Moho.

Humala also mentioned the Longitudinal de la Sierra highway connecting Cusco with Puno, the Southern Gas Pipeline (GSP) and national scholarships which have benefited impoverished students from Puno. According to Humala, the government’s total investment in  Puno was greater than $1.4 billion.