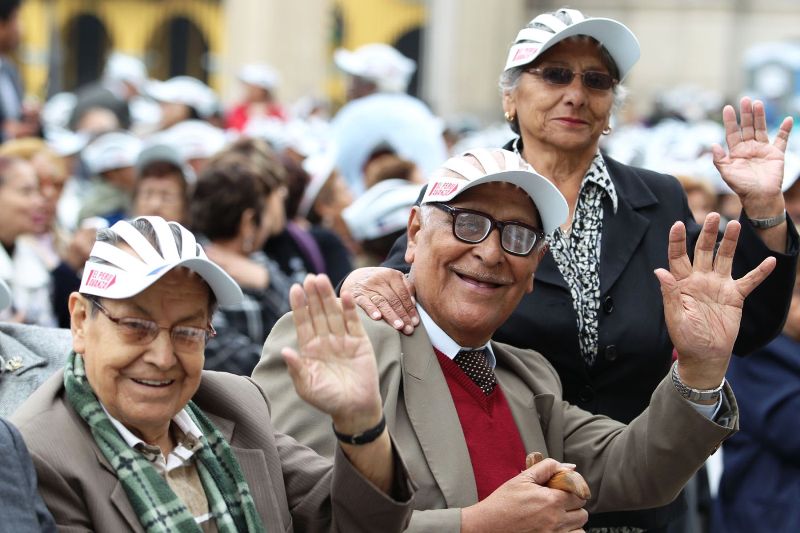 President Ollanta Humala vetoed a law which would allow retirees to absolve their private pension accounts at the age of 65.

The president vetoed a law which Congress approved unanimously to allow private pension account holders to withdraw over 95% of their savings upon retirement. That law was passed within one month of Peru’s banking authority’s release of new mortality data indicating that Peruvians are living longer, which would imply lower benefit payments.

The president sent Congress a 20-page document explaining his refusal to enact the law. Humala asserts that not only would the law punish current affiliates, it would also violate international human rights treaties.

“From the beginning we have believed that there should be a deeper discussion and further reflection because we are talking about social security in Peru, not just the private system,” Luis Valdivieso, president of the association of Peru’s AFP private pension funds, told Andina.

Humala’s veto was expected ever since Congress passed the law in December. The day after the vote, finance minister Alonso Segura told business leaders at the CADE summit the bill would be vetoed.

“Congress rushed a decision, and rush decisions are not necessarily the most appropriate,” Segura said in an interview on Radio Exitosa later that month.

Congressional vice president Natalie Condori told Andina that Congress would debate overriding Humala in March. However some legislators are lobbying to hold a special session to override the president.

“We are already collecting signatures. We hope to have them in 15 days,” Jaime Delgado, congressman with the left-wing Dignity and Democracy party, said on RPP. “The pension funds belong to the affiliates. It is the affiliate himself to whom we are leaving the possibility of opting for a monthly pension or receiving up to 95.5% of the fund.”

“We are ready to sit down and make improvements for our part,” Valdivieso said in an effort to hold off a congressional override. “But I would ask the candidates to consider this issue as a fundamental right protected by the constitution.”

Opponents to the law also touted that the AFP funds gained an average of 4.6% in 2015, despite the Lima stock exchange having fallen over 30% in the same year.

The AFP pension funds currently manage $37 billion in assets, or 18% of Peru’s GDP. Of the program’s 6 million affiliates, an estimated 85,000 retirees will be eligible to withdraw their savings if the law is enacted.

Peruvian law requires formal workers to contribute to some kind of retirement plan, which workers are free to choose, but over 70% of workers operate in the informal economy. One in four Peruvians are enrolled in either a private or public pension system.