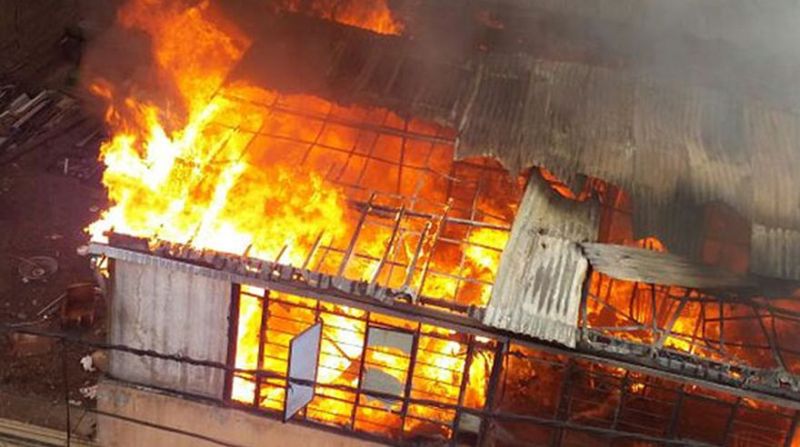 A massive fire at an informal workshop in La Victoria destroyed six homes and a transport company’s warehouse on Monday.

Authorities believe a welding accident in the informal shoe factory started the fire which ultimately left six families homeless. Smoke from the fire could be seen from miles away as over 150 firefighters battled the blaze for over two hours before bringing it under control.

Firefighters rescued neighbors who were stranded in their homes from second- and third-floor windows.

The building was located just six blocks west of Peru’s Palace of Justice on the border of La Victoria and downtown Lima.

Officials from the La Victoria municipal government told El Comercio that the workshop had reopened illegally after two closures.