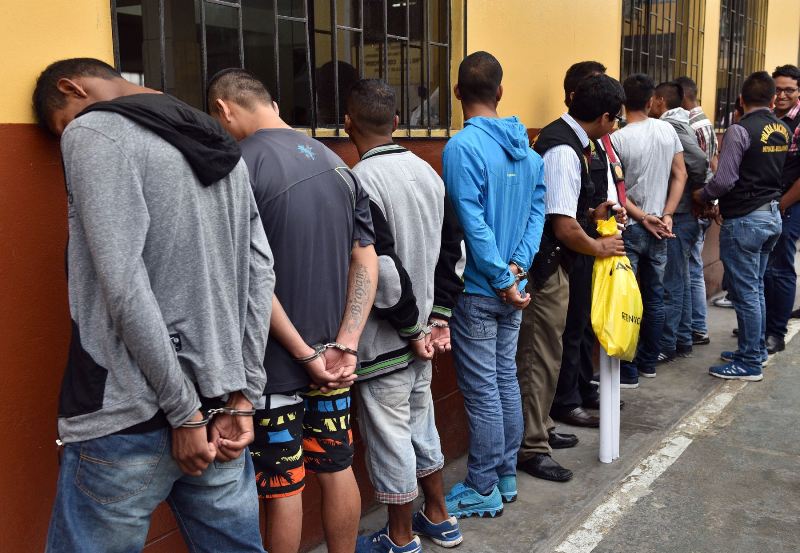 The murder in broad daylight of a public security guard brings scrutiny on the political machine which controls Lima’s port district of Callao.

While the port region of Callao makes up part of metropolitan Lima, Peru’s constitution designates it as a separate province with its own state government which includes the port of Callao and the Lima international airport in its jurisdiction.

The traditionally high-crime, low-income area is governed by the Chim Pum Callao political party. Yesterday’s murder of convicted gang member and public security guard Wilbur Castillo, who came to fame as a whistleblower against corruption in 2012, led many to ask how somebody who appeared to make his living from extortion and criminal rackets could be employed in Callao’s government for so long.

“Since Chim Pum Callao took control of this city, crime in terms of killings has been consolidated. That is not a coincidence,” former corruption prosecutor Julio Arbizu told La Mula.

According to Mesias Guevara, president of the congressional committee investigating former Ancash governor Cesar Alvarez, Callao has become a profitable political fiefdom under the governance of Chim Pum Callao.

“Callao is already experiencing something similar to Ancash,” Guevara said. “There are gangs, killings and mismanagement of resources. I am requesting sworn statements in Callao because some people have dramatically increased their personal wealth.”

In what looks like a direct line of ascension, Moreno was elected governor in 2010 and replaced by current Callao mayor Juan Sotomayor, who is also a member of Chim Pum Callao. As party leader, Kouri is currently running for Congress in the 2016 elections.

In addition to opportunities to embezzle from the state budget, Callao also offers illicit profits from Peru’s largest seaport. The first port, which some have called a “no man’s land,” is infamous for corruption and smuggling in a country which is the world’s second producer of cocaine and leading producer of counterfeit currency.

Castillo’s widow told newspapers that alleged drug baron Gerson “Caracol” Galvez ordered her husband’s murder, and that his next target was corruption prosecutor Juan Mendoza. She added that their murders were organized by Bhel Boy Santillan, who escaped police custody from a Callao hospital two weeks ago.

Some analysts have suggested that Castillo’s murder may present a tipping point in Callao, much like the murder of Ancash official Ezequiel Nolasco was for Cesar Alvarez’s organization. A representative from Pedro Pablo Kuczynski’s presidential campaign recently singled Callao out for intervention from the national government.