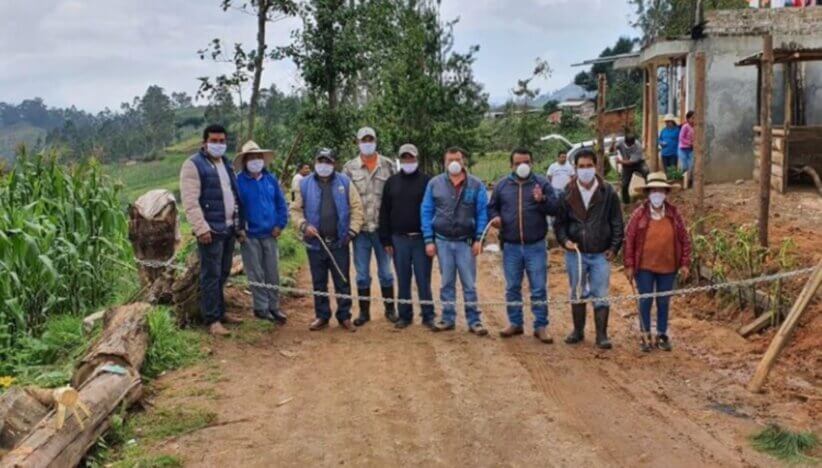 A group of Peruvian journalists were held for four hours by members of a rural self-defense group in Northern Peru, according to local media reports.

The team of reporters from “Cuarto Poder,” a television news program from América Televisión, were detained on July 6 by “ronderos” a colloquial term for local peasant self-defense groups.

Among the journalists held were Eduardo Quispe and cameraman Elmer Valdiviezo, as well as their driver Roel Cabrador.

The team was in the region as part of an ongoing investigation from the news program about potential corruption committed by the sister-in-law of Peru’s President Pedro Castillo.

She is now being investigated for the alleged crime of influence peddling.

While being held captive, the journalists were allegedly forced to read a statement as a condition of their release denouncing their previous reporting related to President Castillo’s sister-in-law.

A video posted to social media reportedly includes the voice of Mr. Quispe, who said:

“As a media outlet, we assure that it was a false accusation and we have rectified ourselves. We promise not to harm the Government or their families. We apologize to the peasant self-defense groups of Chadín’s district and to the country, for not acting with based on truth.”

The news team was released shortly after the broadcast, but their cameras, memory cards, batteries and cell phones were reportedly not returned.

“On the way we found a police car, which escorted us to Cajamarca, because we feared for our safety,” said Mr. Quispe in an interview with ABC.

The Ministry of the Interior and the Police recovered the material that the team had recorded in Cajamarca days after the incident.

Prime Minister Aníbal Torres has so far failed to condemn the kidnapping and praised the “ronderos” for their work fighting crime.

“It would be good if our police and military provided the same security throughout the country,” he told reporters, referencing the work of the “ronderos.”

Regarding what happened in Chadín, Mr. Torres only said that it should be investigated and find out if it was indeed a kidnapping.

The Public Ministry, an autonomous body of the Peruvian Republic, has opened an investigation into the kidnapping and it will also investigate the alleged theft of the journalists’ equipment.