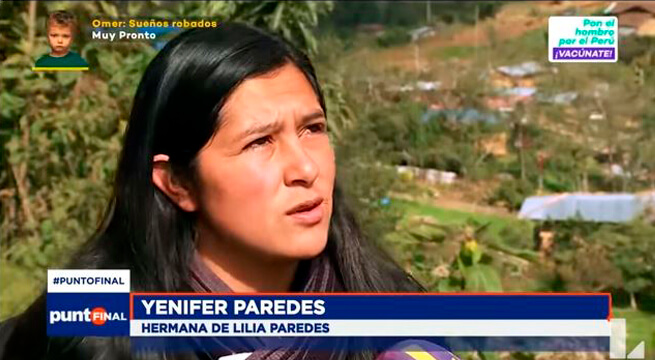 Peru’s Public Ministry has opened an investigation into the sister-in-law of President Pedro Castillo for alleged corruption.

The prosecutor is looking into whether Ms. Paredes has used her ties to the president to help her win public works contracts for companies she’s affiliated with. Ms. Paredes is not listed as an official in Castillo’s government.

The inquiry reportedly stems from a video which aired on June 3 on news show Cuarto Poder which allegedly shows Ms. Paredes offering to manage public works projects in La Succha, a community in northern Peru, while wearing a shirt with the logo of JJM Espino Engineering and Construction S.A.C. and sitting next to the company’s general manager. (It is unclear at this time if Ms. Paredes has a formal work relationship with the engineering firm).

In September 2021, two months after Mr. Castillo’s election to the presidency, JJM Espino Engineering and Construction S.A.C. was awarded a USD $1 million state contract to help with public works for the recovery and equipping of a school in Cajatambo, 300 kilometers north of Lima. There have been no reports thus far linking this contract back to Ms. Paredes.

What the prosecutor aims to investigate is whether there is any connection between public contracts awarded to JJM Espino Engineering and Construction S.A.C. and Ms. Paredes. And whether Ms. Paredes acted appropriately in any potential dealings when negotiating the contracts.

The Cuarto Poder report also revealed that Hugo Espino, the managing director of the firm, made five visits to the Government Palace (the President’s residence) between August and November of 2021, and for one of those visits he was accompanied by Yenifer Paredes, and for another he was joined by the First Lady. The Public Ministry has since announced that it is reviewing the guest logs of the Government Palace.

The anti-corruption attorney Javier Pacheco said that Ms. Paredes, if found guilty, could face a maximum of six years in prison. The Ombudsman’s Office has called for an exhaustive investigation into the sister-in-law’s dealings.