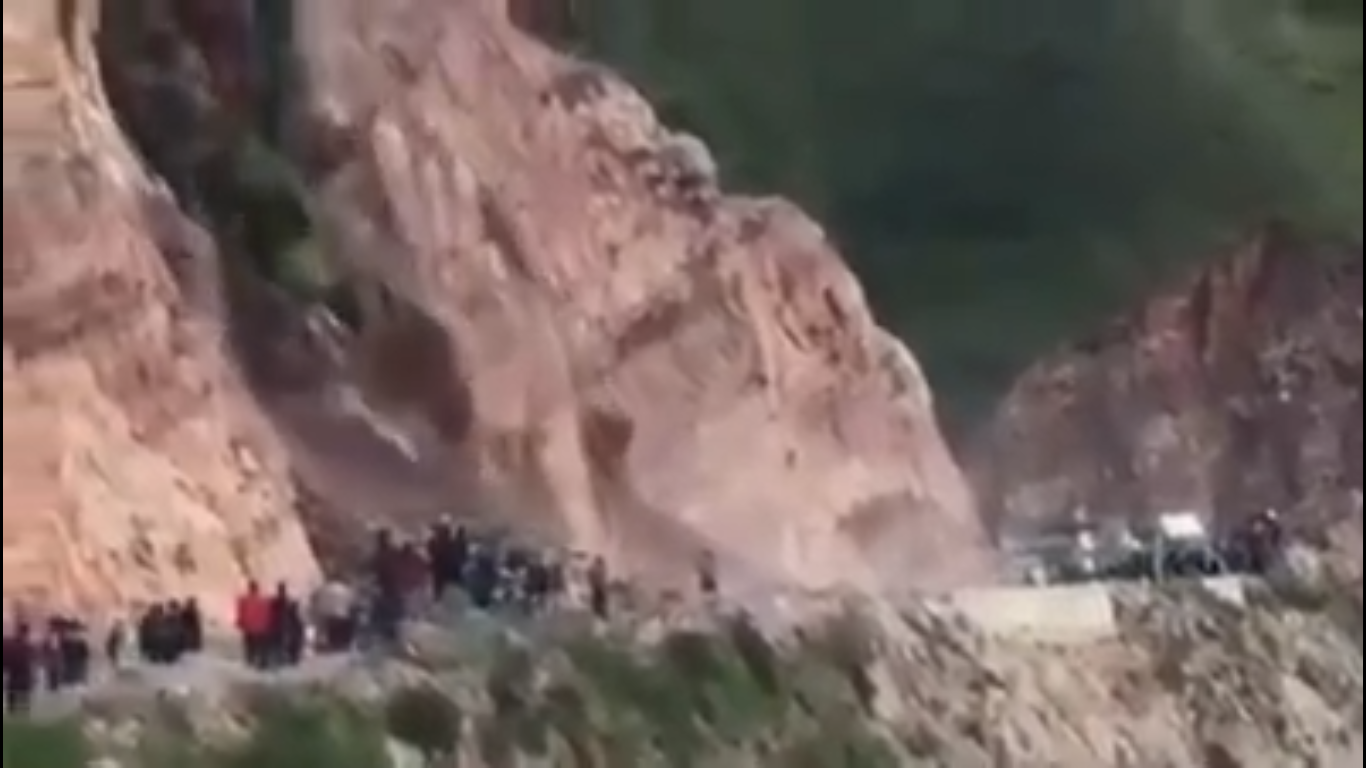 A landslide occurred Sunday on the route that leads to Paucartambo, in the Cusco region, killing a woman who was walking on the road.

El Comercio released the identity of the woman today as being 36-year-old Santusa Nina Huallpa, and her tragic death was videoed and uploaded onto Youtube immediately after the accident.

Huallpa, apparently in a state of inebriation, appears to be looking up at the cliff as the first rocks started to fall, despite shouts of passers-by and onlookers telling her to get back. From one of the videos, a woman’s voice can be heard commenting on the event.

“Tell the woman to step back…look, the drunk woman…no!” she shouted in Spanish.

There has been heavy rain in the area recently, which makes the roads even more precarious. The landslide caused over a ton of rocks and muds to plunge down the cliff into the abyss below, taking Huallpa’s body with them. It took the local authorities and emergency services until today to find and identify the body.

The event occurred as people were crossing the road to transfer buses. Despite the road being blocked, the rest of the passengers walked an alternative route, finally arriving at their destination of Cusco.

The state of Peru’s roads, especially in the more rural areas between the cities, have long been a source of concern, with 3 deadly bus crashes this year alone on provincial roads. Online Spanish language news site LaRepublica states that road deaths between 2015 and 2017 increased by 84%, with the most dangerous roads being in the south of the country. Drivers have to contend with loose rocks, fog, and precipices at up to 5000m above sea level to arrive safely at their destination.

Marco Chauca Valdez, manager of CORATTSA, a renowned bus company based in Arequipa, told LaRepublica that some road companies are not maintaining the roads as they should. The public are advised to avoid informal buses or minivans and only travel in buses pertaining to well-known companies which are required to fulfil safety regulations.