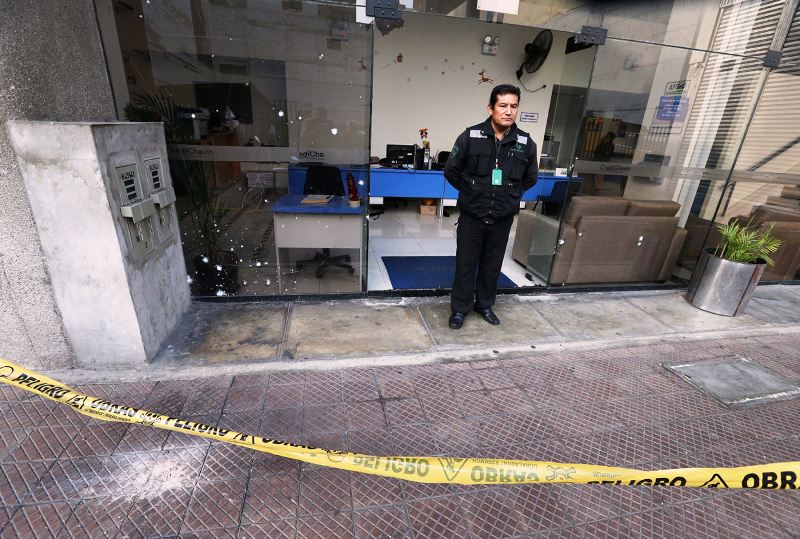 A grenade detonated in front of a commercial bank damaged several buildings in the Miraflores district of Lima early this morning.

Witnesses say a man left the grenade at the door of the CrediChavin microfinance bank on Tarata street around 1 a.m. this morning before fleeing to a waiting car on Larco avenue. The explosion caused damage to several neighboring buildings.

Tarata street sits one block north of the intersection of Larco and Benavides avenues and one block south of Kennedy park, one of Lima’s top destinations for international tourists. After investigating, police opened the one-block street to traffic around 7 a.m.

“Investigations are under way. Footage from security cameras in the area will be delivered to the police so responsibility can be determined for the attack. I’m asking the people for calm,” Miraflores district mayor Jorge Muñoz said. He declined to speculate whether the attack was a part of an extortion attempt against CrediChavin.

On July 16, 1992, Shining Path guerrillas detonated a car bomb on Tarata street which killed 25 and injured dozens. The Tarata bombing, as it became known, was the Shiny Path’s deadliest single act of violence.