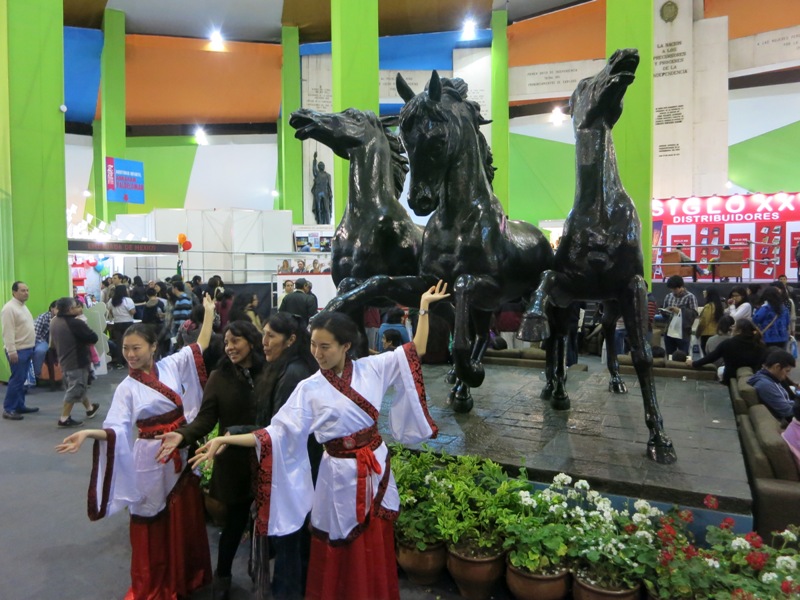 The 20th edition of Lima’s annual book fair attracted over 500,000 visitors and sold over $4.3 million of merchandise.

The International Book Fair of Lima (FIL) was held in Jesus Maria’s Parque de los Proceres from July 17 to August 2. The fair featuring over 150 sales stands from publishers, book sellers and organizations from 15 countries saw a 12% increase in attendance and 30% increase in sales from 2014.

Peruvian author Renato Cisneros’s “The Distance that Separates Us” was the bestselling book of the event with over 3,000 copies sold. American historian Charles Walker’s “The Tupac Amaru Rebellion” came in second with 1,900, followed by Peruvian author Jose Romero’s “The Internet According to Mox” with 1,800.

The fair was organized by Peru’s chamber of books (CPL), which used the event to promote the renewal of the 2003 Law of Book Democratization and Reading Promotion Law, which subsidizes Peru’s publishing industry via the education ministry. The CPL claims the law has tripled Peru’s annual publishing output to 6,500 titles in 2013 and generated over $2 billion in sales.

“If the ‘Book Law’ is not renewed, the price of books would immediately increase by 18% in October 2015,” reads a CPL statement. “It would mean a comparative disadvantage for Peruvian publishers who compete with regional publishers which have book laws that favor their development.”