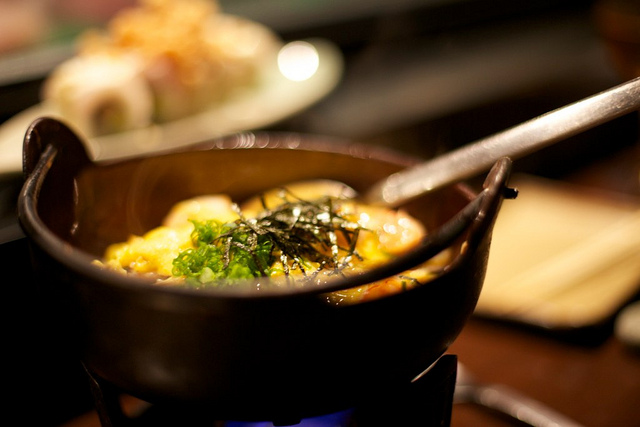 Maido was joined in the top two by fellow Lima restaurant Central. The choices were announced at a Tuesday event in Bogotá, Colombia where Latin America’s 50 best restaurants were named.

“We love what we do and, not just at work, but overall when someone has fun and does things with love then I think they turn out well,” Tsumura told a group of reporters at the event.

Maido’s decorated history is due to its beautiful fusion of Japanese and Peruvian cuisine, which locals know as “Nikkei.” The restaurant located in Lima’s Miraflores neighborhood features av15-course meal that provides a wide range of Peruvian ingredients like seafood and coca, among many others, done in a masterful way.

“When people ask me what being a chef means, I tell them it’s about making people happy,” Tsumura said at Tuesday’s event. “The motivation behind each chef is to make people happy and if we came in at No. 1 last year and repeated that again this year, I think that’s because, in one way or another, we are doing that and that makes me delighted because people are enjoying what we are doing.”

Astrid y Gastón, which came in ranked at eighth, was the third Lima restaurant to be included to the top 10 of the region’s best restaurants.