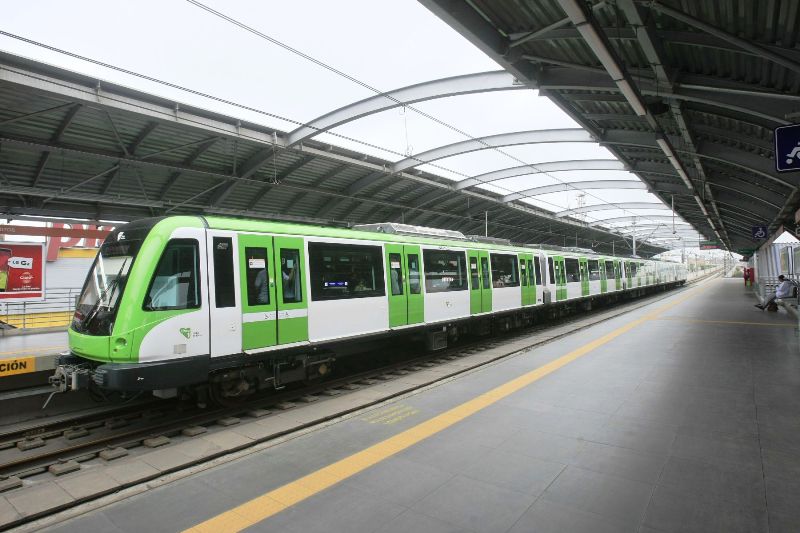 Peru’s transportation minister has announced the route of the third line to be added to Lima’s light rail network, Metro de Lima.

The line will begin in San Juan de Miraflores in the southeast of the city. It will move west along through Surco to Miraflores before turning north through San Isidro, Lince and downtown Lima. Then the line will cross the Rimac river into the southern edges of Rimac and San Martin de Porres and pass through Independencia, Los Olivos and Comas before ending in Puente Piedra.

“According to the sketch defined by the study, Line 3 will begin at the Atocono bridge and pass by Benavides avenue, then go up Arequipa avenue until it arrives at the Panamericana Norte highway, which it will follow until Puente Piedra,” transportation minister Jose Gallardo said. “Line 3 will be designed to transport almost 2 million people at rush hour, more than Line 2 which has a maximum capacity of 1.1 million passengers.”

While the general route remains the same, the most significant change lies in the line skipping Tupac Amaru and Universitaria avenues in the north of the city for the Panamericana Norte.

Line 3 will share the Paseo Colon station in downtown Lima with Line 2, which began construction this year and will connect the eastern district of Ate with Callao and the Jorge Chavez airport.

The contract to build the $5 billion underground line will be awarded next year.

Lima’s Metro currently has only one line in service which 340,000 people use every day. The transportation ministry had forecasted 232,000 daily users. Long lines typically wind well outside of the stations as the service has difficulties meeting demand.