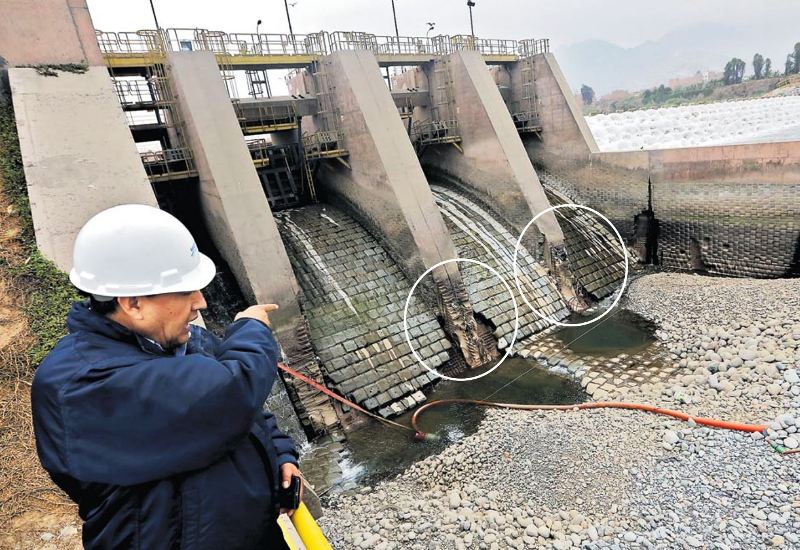 After its inauguration in June 2011, the two companies operated the water treatment plant until turning the facility over to Lima’s water authority, Sedapal, on Sept. 30. Just four years after its opening, Sedapal officials documented serious damage including holes and rust at the plant.

“We have taken over the plant with the hope of demanding they make repairs to the project,” said Sedapal director Ramon Huapaya.

The investigative news program, Cuarto Poder, revealed on Sunday night that there has been underlying infrastructure deterioration at the point of water intake from Rimac river.

Representatives at Camargo Correa told El Comercio that the company performed various inspections of the plant since its opening under the supervision of Sedapal. They say the damage was only detected last month and was likely caused by torrential rains last summer.

“As we informed Sedapal on Sept. 22, at the water intake we identified damage caused by the strong increase in the Rimac river during the last rainy season,” read a company statement. “We dismiss that these were the result of hiding problems, premature deterioration of the infrastructure or a lack of normal maintenance.”

Sedapal has requested the company to repair the plant to reinforce it for the pending El Niño weather phenomenon this summer and beyond. Officials say there will be no cuts in water supply during the operations.

Peru’s comptroller has opened an investigation into the project’s contracting and execution.

75% of Peruvians in favor of the military patrolling city streets