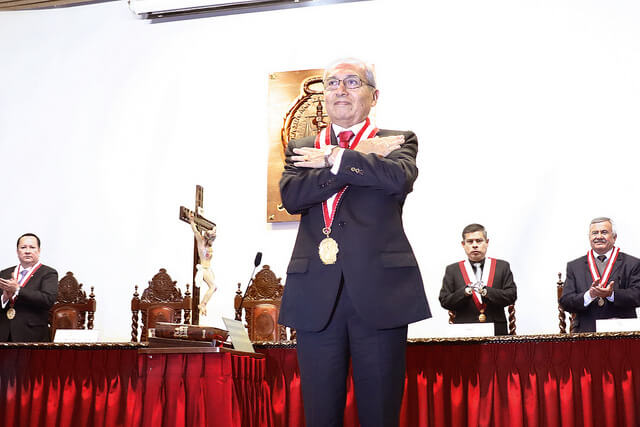 A week after announcing he would break up a special prosecution team looking into Odebrecht’s crimes in the country, Peru’s Attorney General Pedro Chávarry has resigned. Chávarry announced the decision Monday night after mounting pressure that included a raid on his assistant’s office. He will present his resignation today in front of the country’s Board of Supreme Prosecutors.

Chávarry came under sharp scrutiny from the public and from President Martín Vizcarra after he announced that he would fire a pair of special prosecutors, Rafael Vela and José Domingo Pérez, looking into connections between the embattled Brazilian engineering firm Odebrecht and Peruvian officials.

He was previously overheard on some of the released audio tapes discussing a certain case “that bothered him” with Judge César Hinostroza, who is currently charged with corruption and accepting bribes in exchange for lenient rulings.

Chávarry said Monday night he was taking the steps to resign “in defense of the autonomy of the Attorney General’s Office and to avoid other autonomous entities being equally damaged in an unconstitutional manner.”

Five different political parties called for Chávarry’s resignation as well as the Board of Supreme Prosecutors.