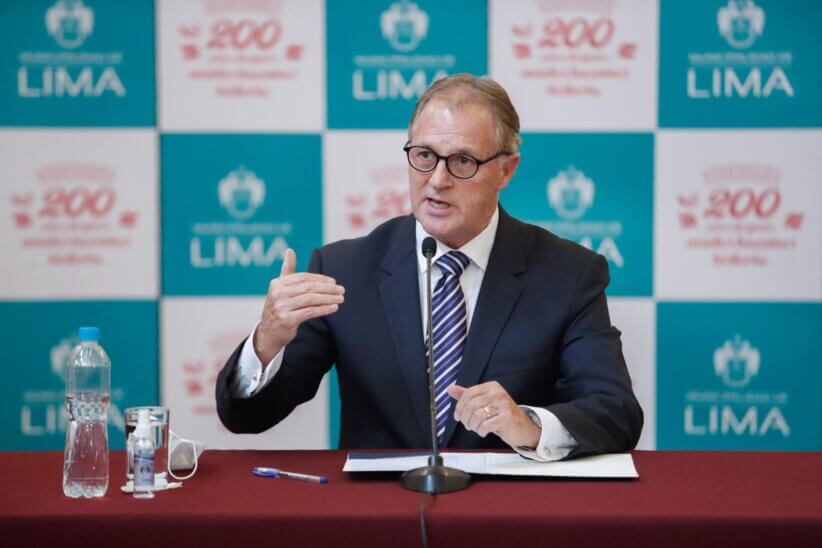 Peru’s National Jury of Elections (JNE) removed Lima Mayor Jorge Muñoz from office for illegally joining the board of a state-owned company in 2019. Mr. Muñoz’s term was to end in December 2022.

In September 2021, lawyer Carlos Francisco Hinostroza filed a lawsuit alleging that in 2019, during Mr. Muñoz’s term as Lima’s mayor, he was also serving on the board of directors of the state-owned water utility Sedapal.

On April 26, 2022, the JNE declared that Mr. Rodríguez’s appeal was valid, after the Lima municipal council rejected his request to remove Mr. Muñoz in November 2021.

Mr. Hinostroza said in an interview that when he learned that Mr. Muñoz had joined Sedapal’s board, he decided to sue. Mr. Hinostroza asserts that many citizens reject Mr. Muñoz’s management because he has not completed “any important work in the city” since he took office.

According to the dismissal request, in 2019 Mr. Muñoz served as Lima’s mayor while he was also serving on the board of directors of the state-owned water utility Sedapal.

“You cannot be mayor if, six months before, you do not renounce being a member or president of a state company. That was the fault incurred by Mayor Muñoz when he entered the Sedapal board of directors” said Martín D’Azevedo, Hinostroza’s lawyer in an interview with RPP.

In a press conference, Mr. Muñoz said that his dismissal by the electoral jury was “an attack against democracy.”

He went on to explain that he accepted the position on the Sedapal board due to the collapse of a pipeline that caused flooding in the district of San Juan de Lurigancho, in 2019.

“I want to tell you that I accepted to be a member of the Sedapal board in a crisis circumstance,” he assured.

Despite Mr. Muñoz’s claims, the JNE indicated on April 28 that the decision to remove him was made unanimously and cannot be appealed.

According to reports, Deputy Mayor Miguel Romero Sotelo will take over as Lima’s mayor in Mr. Muñoz’s absence.

Mr. Muñoz told the media that ahead of the JNE’s decision to impeach him he had been pressured to pay money to make the case go away.

“I was asked for money. They told me, ‘If you give an amount of money, we will reverse the ruling.’ I told them that I am an honest person,” he said on the television program Al Estilo Juliana.

For its part, the JNE requested the Public Ministry carry out investigations into the recordings  presented by Lima’s former mayor.