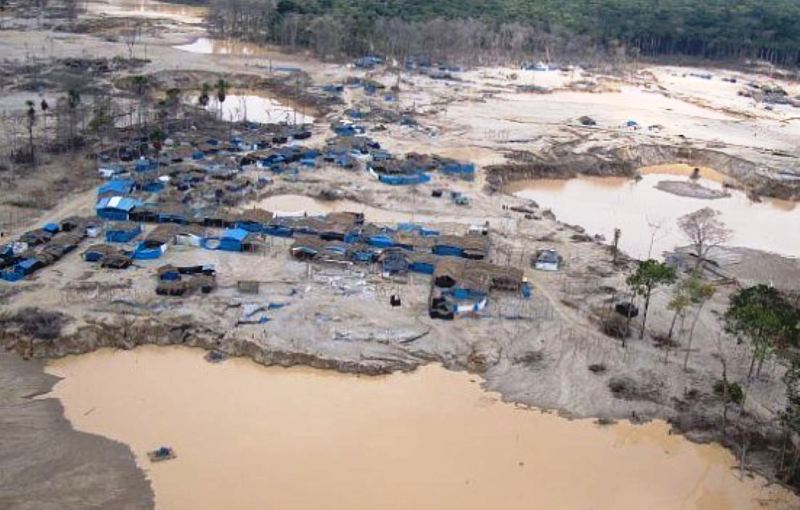 Peru’s national government has declared a 60-day health emergency due to mercury contamination from illegal mining in the southeastern jungle state of Madre de Dios.

The mercury is deposited by the vast illegal gold-mining industry in Madre de Dios. Miners separate the metal from rock using mercury, which they then dump in nearby rivers or pits. The emergency was declared in all 11 districts spanning the state’s Manu, Tahuamanu and Tambopata provinces.

“The consequences of mining activity in Madre de Dios will be with us for the next 80 years, and that must be fought at its roots,” environment minister Manuel Pulgar-Vidal told Correo. “Declaring the emergency brings action, hospitals, food such as uncontaminated fish, among other things.”

Indigenous populations are especially at risk given fish from local rivers are their primary source of protein. Pulgar-Vidal recommended all residents in the area to abstain from consuming the local catfish, whose populations showed particularly high levels of mercury.

Pulgar-Vidal explained that Peru’s health, housing and production ministries along with other government agencies would work to reduce mercury levels in the soil and water of Madre de Dios over the next 60 days.

The health ministry would dispatch mobile healthcare units while the production ministry will assist local communities find healthier alternatives for food. The housing ministry will set up clean water supplies in the affected districts.

Peru’s environment ministry estimates that illegal miners dump 40 tons of mercury in the Amazon’s rivers every year and have destroyed almost 250,000 acres of rainforest in Madre de Dios alone.

Last November Madre de Dios governor Luis Otsuka and other leaders led a two-week protest which shut down the provincial capital of Puerto Maldonado to demand the repeal of two laws aimed at curbing illegal mining. The industry accounts for over half of the regional economy.

Peru’s government has spent more than $20 million to combat illegal mining since 2015. However the industry continues to encroach on the country’s national parks and protected reserves.