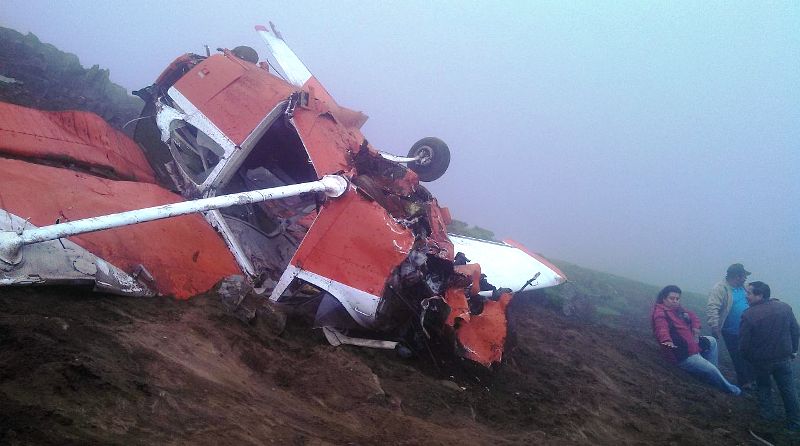 The local firefighters chief said there were no roads leading to the top of the mountain where the plane crashed. The closest residents helped his team locate the aircraft.

“It was an aircraft for basic instruction,” said air force spokesman Eduardo Maravi. “Colonel Solari was highly trained. Both were on a training mission when the accident happened.”

A statement from the air force said the instructing pilot and student followed safety procedures which prevented third-party injuries or damage. The air force has launched an internal investigation into the cause of the crash.