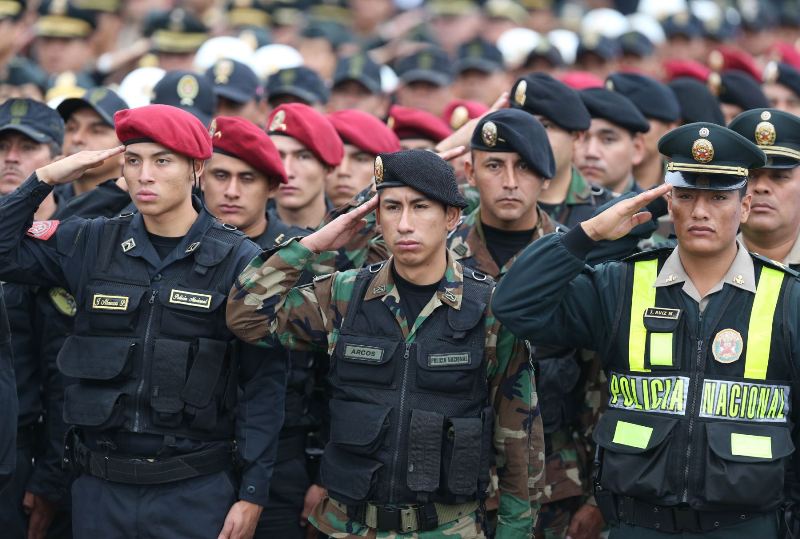 Thousands of police descended on high-crime neighborhoods in Lima over the weekend in raids aimed at dismantling extortion and drug gangs.

However on Friday night, more than two weeks early, over 1,800 police officers descended on San Juan de Lurigancho to surprise criminal gangs preparing for the raids. The northern Lima district has seen high-profile crimes this year, including the murder of a high school principal and a grenade attack at a circus.

“We will conduct these mega-operations every night in Lima and Callao, and later in the rest of the country. We started in San Juan de Lurigancho because it has higher crime,” Perez said in a press conference presenting the results of the raids. “We start with intelligence primarily based on data we had previously. Then we select the sectors where we will act, and close the sensitive points so that nobody can escape. Then we go in.”

On Saturday night over 1,750 police officers entered the La Victoria district in a similar shakedown. They arrested 10 people, three of whom were wanted for murder, and seized over 2,200 packets of crack and a grenade in the La Polvora shantytown.

Neither Perez nor police officials have indicated how long the police raids will continue. Previous interior minister and Nationalist Party presidential candidate Daniel Urresti carried out similar raids in Callao and La Victoria.

The raids are part of the government strategy in tackling rising crime, which leads opinion polls as voters’ greatest concern in Peru. Perez declared the raids simply look to prevent criminal acts and are not “the panacea or the solution” to crime in general.

The interior ministry is also overhauling Peru’s police force. Perez announced this year will see the end of the police work schedule known as “24 x 24,” in which officers work 24 continuous hours followed by 24 hours off.

The scheduling change came with a 130% increase in salary and a new prohibition of wearing the uniform during private security work, both of which aim to professionalize the police force. New police officers now earn $940 per month.

The overhaul in policing accompanies new security measures Humala’s government has decreed without parliamentary debate since being granted decree powers by congress in June. The government first put new requirements to enact a cell phone account, which Perez called “a fundamental tool” for extortionists.

Last week Humala’s government enacted legislation including cell phone tracking and metadata collection, increases in prison sentences for murder and the authorization of reward payments for citizens who provide police with information.

Before the end of the decree powers in September, the government will enact three more decrees aimed at extortion in the construction industry. Perez explained one of the decrees will prohibit felons from joining unions, and another will require wages to be deposited directly in workers’ bank accounts.