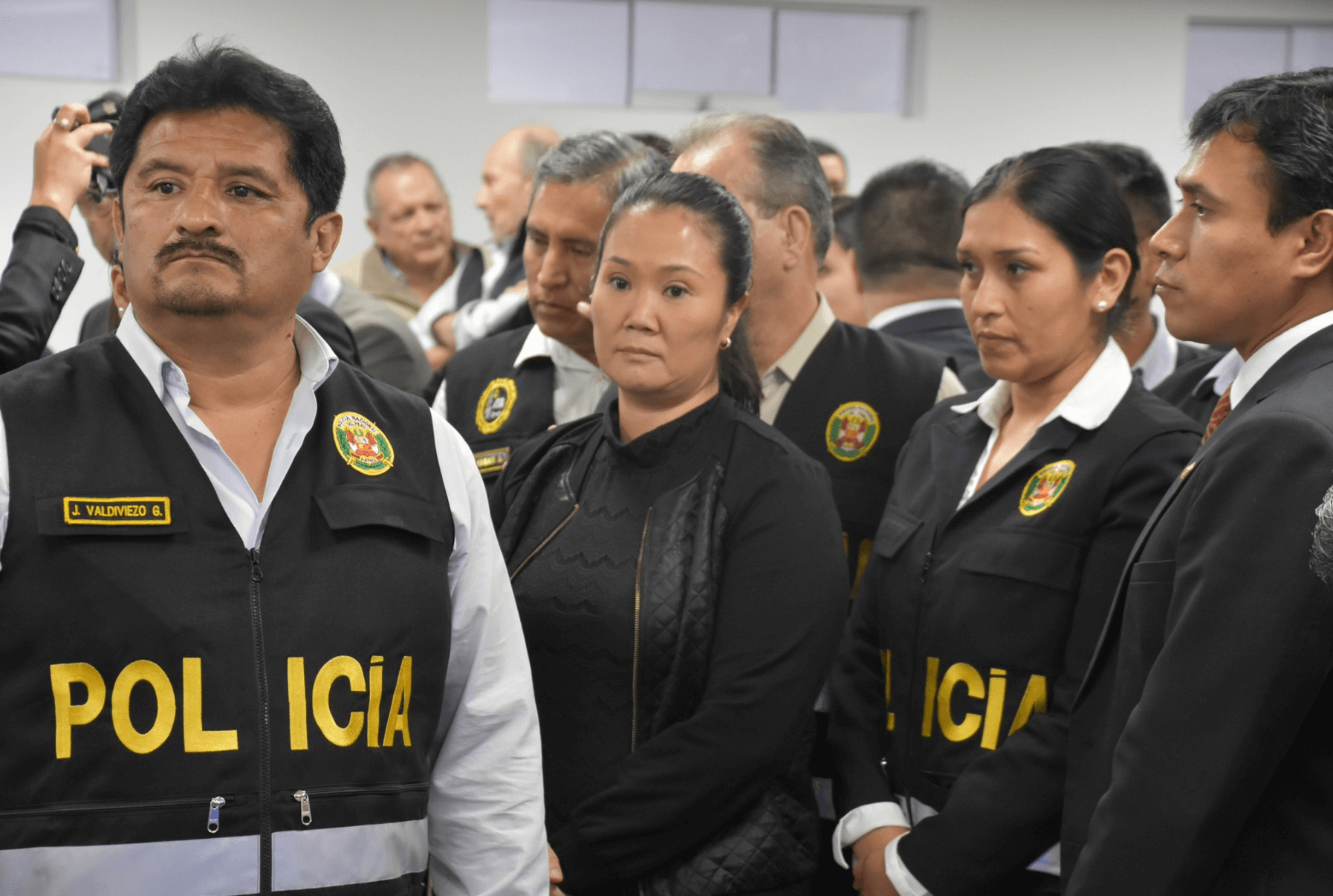 Just one week after being released from a pretrial detention, Popular Force party leader Keiko Fujimori will be heading back to preventive prison for much longer the second time around.

A judge ruled Wednesday that Fujimori will be given 36 months of preventive prison in connection with the charges that she accepted bribes from the tainted Brazilian firm Odebrecht during her 2011 presidential campaign.

Wednesday’s hearing began at 9:30 a.m. and did not adjourn until 5:30 p.m. following a week full of hearings. The money laundering charges were enough for Judge Richard Concepción Carhuancho to justify a strict preventive prison sentence.

The judge alleged during Wednesday’s portion of the trial that there is evidence to suggest that the 43-year-old Fujimori, daughter of disgraced former president Alberto Fujimori, was the head of a criminal organization. Concepción added that this criminal party infiltrated the Popular Force political party, and he does not intend to criminalize the latter.

Fujimori was ordered a few weeks ago to be temporarily detained for 10 days before judges brought against her the new possibility of being detained for three years.

“Keiko was the leader, she told Congress members what to do and sent commanding messages such as ‘clap loud,’ and ‘you can only shout democracy has won,'” Concepción said during Wednesday’s hearing. “Popular Force lawmakers would ask for her permission to clap and called her ‘The Chief.'”

Fujimori’s defense team has said it will appeal the decision. They have alleged that Concepción is a partial arbitrator who was acting with political motivations.

It was recently announced that Alberto Fujimori will also be heading back to prison to serve the remainder of his 25-year sentence after his pardon was annulled by a Peruvian court.