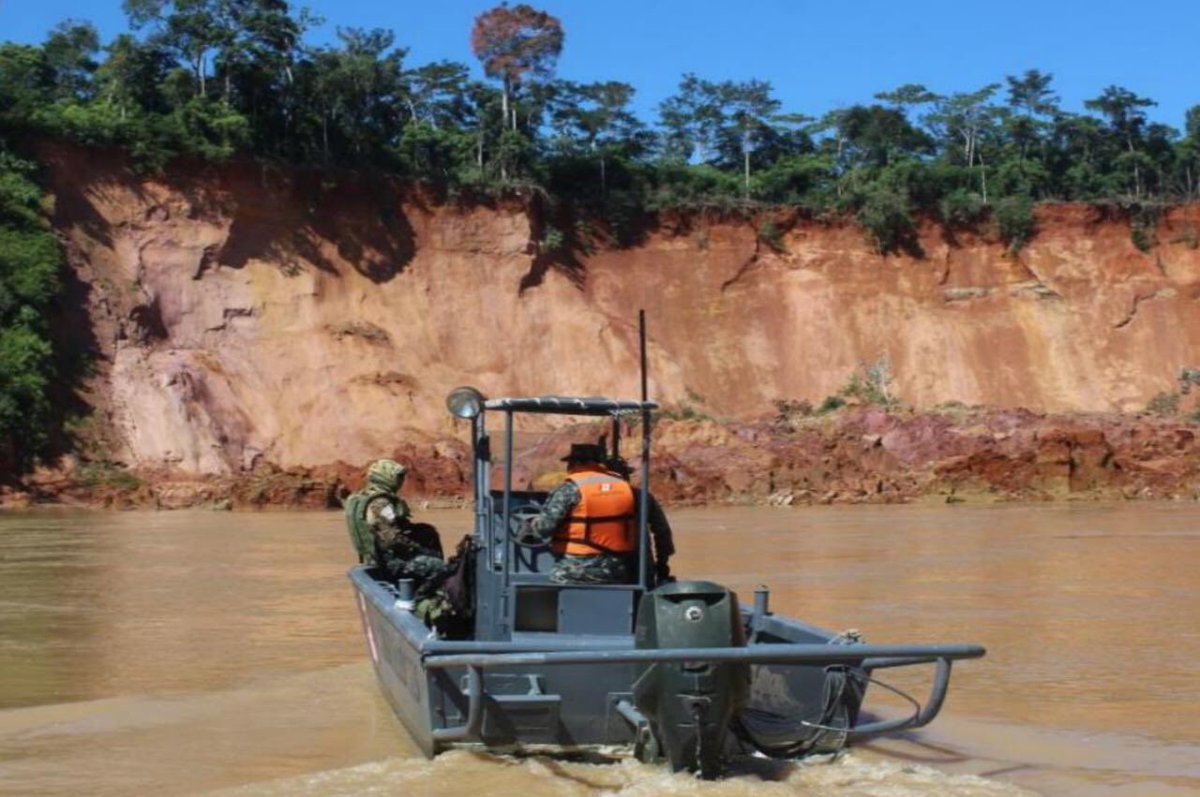 A landslide in the town of Santa Teresita in Peru’s Madre de Dios region left four children missing this weekend, according to the National Center of Emergency Operations (COEN).

Authorities from COEN confirmed Sunday on Twitter that they found the body of one of the missing children, a 7 year-old-boy, which was found some five kilometers away from the site of the accident. Preliminary reports from witnesses state that the landslide swept away rocks, trees, and soil along an area of about 300 meters.

The landslide happened when a family of two adults, identified by El Comercio as Doris Saavedra Lizardo and Tomás Huerone Lizardo, went along with seven children and another adult to fish at Las Piedras River on Thursday.

According to COEN, four injured subjects were already treated and released from Hospital Santa Rosa, in the town Puerto Maldonado, by the weekend’s conclusion.

The other three missing children are reported to be a 1-year-old, a 4-year-old and a baby of just 11 months. The search that is coordinated between COEN and local police is planned to continue Monday.

A map below from the COEN shows the affected area by the river and where search efforts are focusing for those who remain missing. 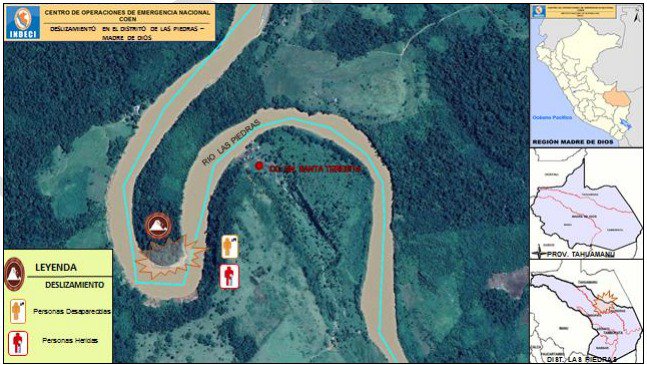