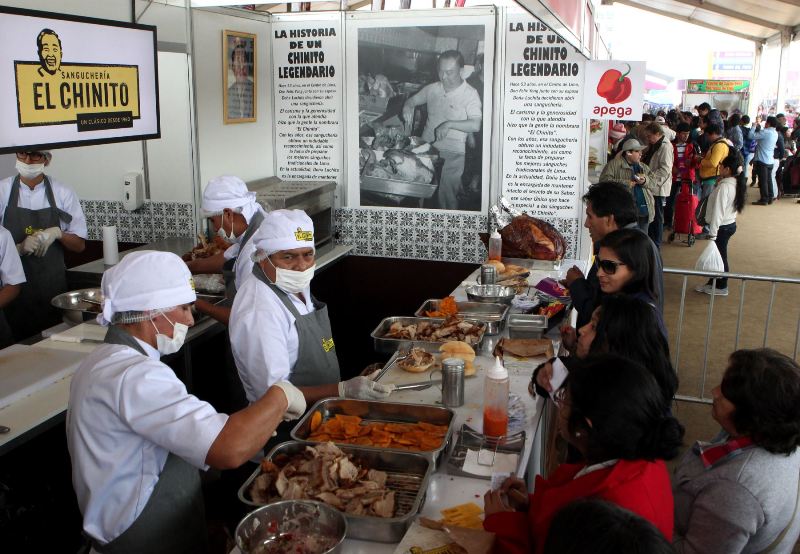 Mistura, Lima’s annual food festival and Latin America’s largest, will feature chefs and cuisines from Mexico, India and other countries in 2016.

The ninth edition of the annual food festival featuring traditional gastronomy from Peru will be held from Sept. 2 through Sept. 11 on the Costa Verde beach in Lima’s Magdalena del Mar district. This year’s festival will mark new territory in showcasing typical dishes from guest countries including Mexico, India and Morocco.

The countries were chosen due to their potential culinary influences on Peruvian cuisine. They favor ingredients such as anise, cinnamon and honey while creating colorful dishes with strong aromas. Other countries showcasing their cuisines with workshops and restaurants include Japan, Indonesia, South Korea and Thailand.

“There is something very important that Peruvians must understand, and that is that, strictly speaking, there is nothing unique. all cuisines are reproductions, all of them,” culinary historian Isabel Alvarez told Somos magazine. “We feel that there are dishes that no one else can have or that have been copied, like picarones, which are a product of Moorish culture …”

Apega, Peru’s gastronomy society founded by celebrity chef Gaston Acurio, has adopted the hashtag #CocinasMilenarias, or “Millennial cuisines,” to honor the international heritage of Peruvian cuisine. Apega is trying to expand Mistura’s brand from being the best event to enjoy Peruvian cuisine to being one of the world’s top food festivals.

“[Featuring other cuisines] helps fuel growth, both for Peruvian cuisine as well as Mistura,” Apega vice president Mariano Valderrama told Somos. “We have already established ourselves as the largest food festival in Latin America, but we still need to meet one goal, to make Mistura into a leading international festival in culture and biodiversity.”

The Mistura food festival received 385,000 visitors in 2015, up 20% from 2014. The festival peaked in 2012 with over 500,000 attendees. In addition to highlighting other world cuisines, this year’s festival will celebrate the international year of the legume.

Over 200 restaurants will be grouped into zones including barbecue, sandwiches, rustic country foods, local secrets, seafood, sweets, food trucks and more. The fair will feature artisan brewers and distillers of pisco and wine, as well as the opportunity to shop for crafts. Throughout the week attendees will enjoy traditional music such as cumbia and salsa.

The $4 million event will feature the Great Market which invites 300 farmers from across Peru to sell produce and processed foods to go. Some will be competing for the Golden Rocoto Prize which is awarded to the youngest and most outstanding food producers.

“We have sophisticated very much and we are producing a much kinder, compelling and enjoyable show. We have made progress in the level of satisfaction,” Apega president Bernado Roca told Gestion.

President Pedro Pablo Kuczynski has been invited to inaugurate the event, and various Cabinet ministers have confirmed their attendance in what organizers hope will attract 400,000 visitors.

The event will be held in Magdalena del Mar with tickets costing $5 to attend Monday through Wednesday and $8 for Thursday to Sunday. Dishes cost $1.50 and up, and there will be free cooking classes from five-star chefs.