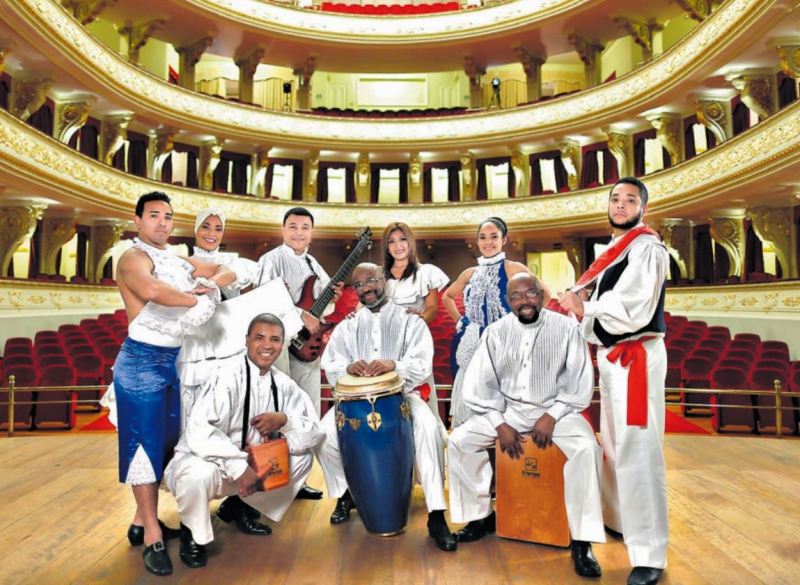 The song-and-dance group, Peru Negro, will celebrate its 45th anniversary with a show at Lima’s Municipal Theater this Friday and Saturday.

Peru Negro was founded in a Lima bar in 1969 under the original name, “Acuarela.” However the name that stuck among the act’s fans in the nightlife scene of the era was “Peru Negro,” or “Black Peru.”

“Many singers and dancers have passed through Peru Negro,” says director Ronny Campos. “Today many singers work with former members of our group because we are a school, a style. This is what we do, prepare people.”

Soon after the group’s formation, the group’s founder and Campos’s father, Ronaldo Campos, led the 12-member show to compete in an international folklore music contest in Buenos Aires. When the microphone lost sound as Lucila Campos began to sing “El Payande,” she tossed the microphone away and sang the ballad loud enough for everyone in the auditorium to hear.

According to Ronny, Lucila Campos’s performance at Luna Park moved the crowd enough to defeat top competitor Panama to win the contest.

The Spanish viceroyalty banned African slaves from owning proper drums. So Afro-Peruvian music has come to be known for for the cajon, a wood box a drummer sits on while beating between his legs. The group also uses a cajita, which were originally tithing boxes from local churches, which is opened and closed as the drummer beats the side of the box with a stick.

The third fundamental instrument in Afro-Peruvian music, and most difficult to believe, is the quijada de burro, a dried-out jawbone from a donkey. The jawbone is removed from the skull and cleaned off flesh. The player runs a stick over the teeth to create a rattling noise.

Watch a highlights video of Peru Negro below.

Peru doubtful for 2018 World Cup after loss to Chile