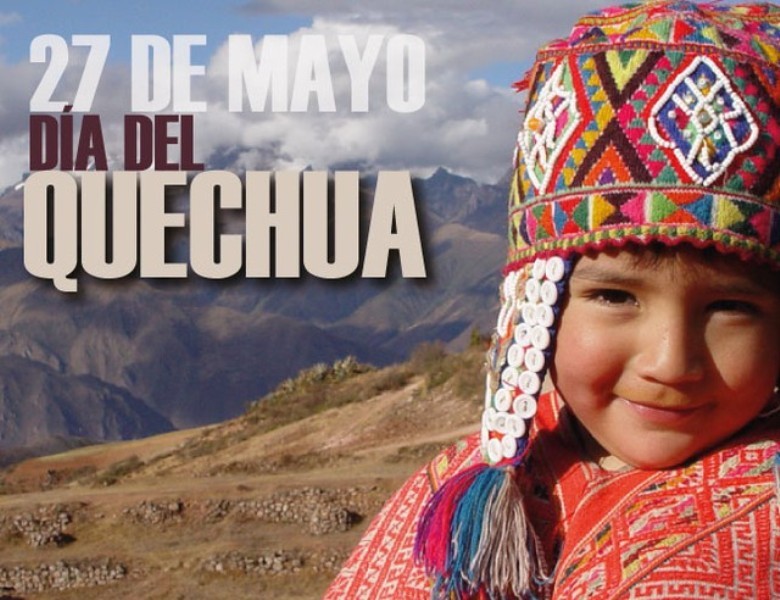 Quechua, the native tongue of the Inca civilization, completed 40 years today as an official state language in Peru.

Quechua was declared an official language on May 27, 1975. According to today’s edition of the official government publication El Peruano, “it is our duty to go beyond celebration and promote the learning [of Quechua] not only with the aim of promoting intercultural dialogue, but also to drive the construction of the unified, multicultural, multiracial and multilingual country that we aspire to be.”

After centuries of oppression of Peru’s indigenous populations by Spanish and Creole elites, the indigenismo cultural movement blossomed in the 1920s and 1930s. Intellectuals like Jose Carlos Mariategui idealized the Inca empire and educators like Puno teacher Jose Antonio Encinas opened schools which taught classes in Quechua.

But Quechua was not made an official language until the leftist military government of President Juan Velasco, who is best known for an agrarian reform which expropriated over 22 million acres of farmland. Before Velasco’s regime, 76% of cultivable land was owned by less than 0.5% of agricultural landowners.

“We are living in a revolution,” Velasco said in his 1969 message to the nation. “It is time that you understand that. Any true revolution replaces a political, social and economic system for another, fundamentally different one. Just as the French Revolution did not look to fortify the monarchy, ours was not launched to defend the established order in Peru, but to alter it in a fundamental way in every essential aspect.”

While the agrarian reform and Velasco’s other populist measures are widely regarded to have had a disastrous effect on the Peruvian economy, his government’s initiatives such as legalizing Quechua made unprecedented progress in racial and ethnic integration.

According to Peru’s education ministry, 47 languages are spoken throughout Peru, 16 of which have been legally recognized by the state. The more common languages include Aymara, Uru, Culle, Mochica and Shipibo.

Cultural Survival estimates that 4.5 million Peruvians speak Quechua, or 19% of the population. While as many as 64% of residents in Cusco state speak Quechua, the city with the largest Quechua-speaking population is Lima.

Quechua is also spoken in Bolivia, Chile, Ecuador and Argentina. Quechua is one of few indigenous languages available on both Google and Wikipedia.