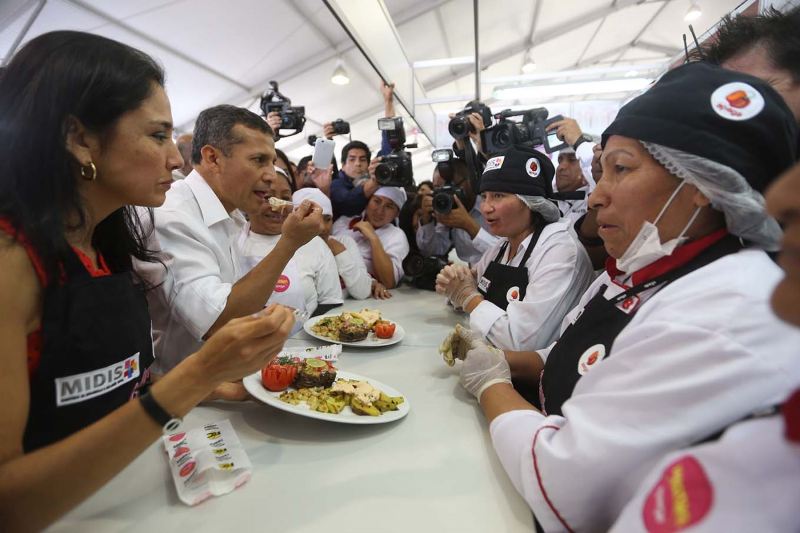 The eighth edition of the Mistura food festival opens tomorrow in Lima and will showcase Peruvian cuisine and entertainment for the next 10 days.

From Sept. 4 through Sept. 13, the largest food festival in Latin America will be held on the Costa Verde of Lima’s Magdalena del Mar district. Over 180 restaurants and food stands will sample traditional food such as ceviche and anticuchos as well as regional delicacies, desserts, craft beers and pisco.

The theme of Mistura 2015 is artisanal foods with a focus on small bakeries, distillers and food trucks. In addition to the 180 food stands, the Gran Mercado farmer’s market will feature 180 independent vendors of produce and processed foods unique to each of Peru’s regions from the coast, highlands and jungle.

“Mistura is social inclusion,” said President Ollanta Humala in a private inauguration today, echoing the 2015 festival’s hashtag #SomosTodos (We are all Mistura). “Food is one of the fundamental tools to integrate ourselves as a society and family. Many times when we want to approach a person we share a plate of food. Food is transcending.”

Hosted every year by Apega, Peru’s gastronomy society founded by celebrity chef Gaston Acurio, the fair will hold contests for best young cook, best dessert cook and the fourth annual Teresa Izquierdo award for women who use their culinary prowess to help the family.

In 2014 Mistura received 420,000 total visitors over ten days, with almost a quarter of the visits coming on the last two days. Of that total, 30,000 were international tourists. According to an Ipsos poll, Peruvians regard Mistura as the second most endearing Peruvian brand after Inca Kola.

Because attendance was down 15% from 2013, which Apega attributed to the difficulties in getting to the Costa Verde, the organization initially planned to hold this year’s event at the Parque de la Exposicion in downtown Lima. However the construction of bypass avenues on 28 de Julio, Arenales and Arequipa avenues required the event be held in Magdalena del Mar again.

Lima’s Metropolitano bus system will offer a special service to transport attendees from the Estacion Central station to the event on the Costa Verde. There is also parking for cars, motorcycles and bicycles at the fair.