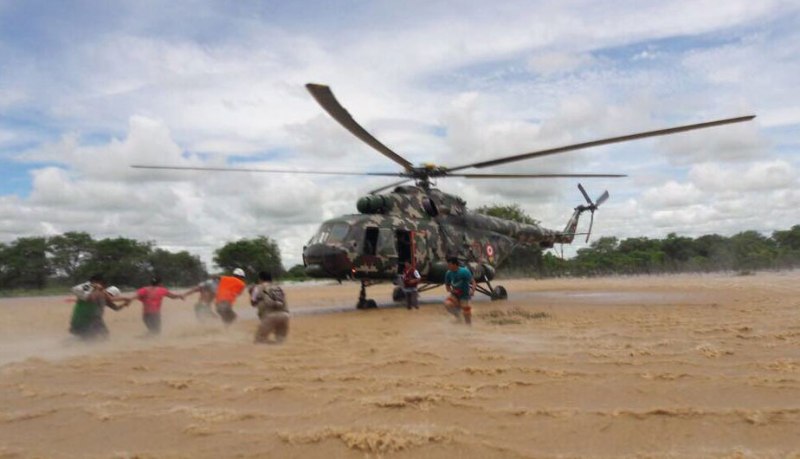 More officials in Peru have joined calls to cancel the 2019’s Pan American Games in Lima in order to use hundreds of millions of dollars earmarked for sports facilities on relief efforts instead.

Peru’s government has confirmed the deaths of 62 people as well as 62,000 whose homes were either damaged or destroyed in 24 of Peru’s 25 states as heavy rains continue to devastate Peru. Lima mayor Luis Castañeda is the latest to join calls to cancel the 2019 Games in order to rebuild the areas hardest hit by floods and landslides.

“This happens every few years. Then everyone forgets and it comes back 20 years later. We must remember and build the infrastructure we will need in 10 or 15 years,” President Pedro Pablo Kuczynki told RPP in responding to criticism over the government’s lack of preventive measures.

When asked about declaring a national emergency Kuczynski added, “It is not necessary. We are evaluating, but for now there are local emergencies.”

The mayor of Lima’s San Isidro district, Manuel Velarde, has called for the Games to be cancelled and funds diverted to rebuilding damaged areas. Finance minister Alfredo Thorne said that this year’s $184 million budget for the Games is not enough to cover the cost of flooding damage.

“The budget that we have today for the 2019 Pan American Games would not allow us to meet these needs today. This year we have for the Pan American countries all $184 million of financing,  it would not be enough.” Thorne said in a press conference.

“We not only face economic problems but also crime, unemployment, mental health of many of our children and that means we, and the president has said this, that we have to insist on more sports.”

The Popular Force party which controls Congress has said they will issue a position on the Pan American Games within two weeks.

A section of the Panamericana highway outside Lima is reopened after heavy flooding of the Chillon River forced motorists and heavy vehicles to find alternative routes. However the Carretera Central, a key access highway for agricultural products arriving to Lima, remained closed at various points.

Lima’s Carabayllo district was one of the worst affected areas where families were evacuated following the collapse of the river containment wall. Parts of Comas were also affected where residents had to move their belongings to their roofs or second floors of their homes. Authorities have warned them to keep to the higher parts of their homes for fears of more flooding.

Other areas were also badly affected by flooding. In Punta Hermosa, a video revealed a woman being miraculously pulled from a flooded river among swathes of debris covered in mud. At least five cows and three pigs were also pulled from the same current.

Another video on social media revealed an empty bus in Chosica falling into a river from a parking lot after the river bank collapsed.

In Lambayeque, a military helicopter rescued dozens of people stranded by the floods.

The hardest hit states of Tumbes, Piura and Lambayeque are in Peru’s north, where an unexpected rise in temperature caused torrential rains.