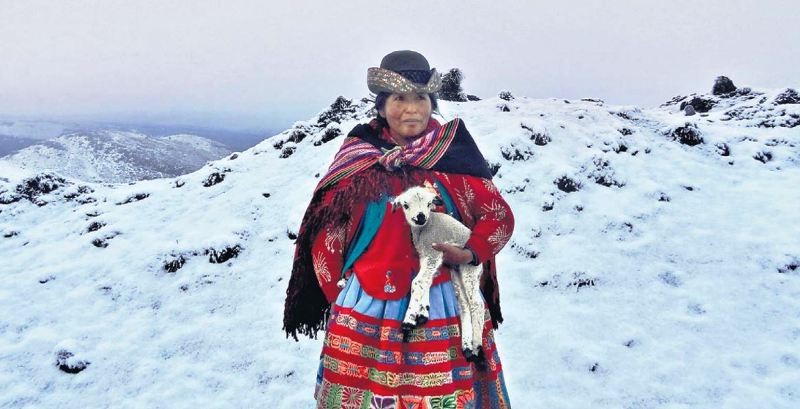 Over 100 officials from Ayacucho will march in Lima next week to protest the government’s lack of assistance during a harsh winter in the Andean highlands state.

More than 23,000 people living in Ayacucho have suffered freezing temperatures not seen since El Niño weather conditions in the winters of 1982 and 1997.

Snows have frozen pastures which led to the deaths of 14,000 alpacas, 10% of the region’s total, and blocked over 35 miles of rural highways.

“Do we need to suffer deaths like in other states for them to believe that we are in an emergency?” asks Victor de la Cruz, interim Ayacucho governor since governor-elect Wilfredo Oscorima was sentenced to prison.

This week 30 mile-per-hour winds are forecasted in the state’s regions at altitudes above 11,000 feet and are expected to continue all week, prompting local officials to demand help from the national government.

“The cold temperatures have exceeded all our forecasts, with lows of 14 degrees Fahrenheit,” said Cesar Vasquez, regional director of the government’s emergency-management agency INDECI. “We have already spent over $300,000 of the $420,000 regional budget just on humanitarian aid. We requested $390,000 from INDECI to buy blankets, fleeces, mattresses and overalls, but they have not responded.”

In total, 118 provincial and district mayors from Ayacucho as well as INDECI officials will march in Lima on Sept. 1.