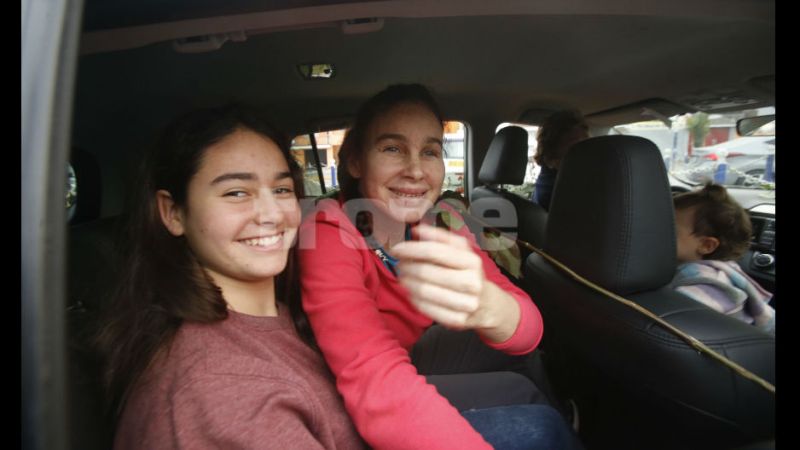 A woman whose arrest for assaulting a police officer went viral was pardoned and released from prison on Thursday.

Silvana Buscaglia was charged with assault and sentenced to six years and eight months in prison last December. After receiving a pardon from President Ollanta Humala, she was released on Thursday afternoon, Peru’s Independence Day, after serving only seven months.

“I appreciate Ollanta,” Buscaglia said in her only comments to reporters outside the prison in Chorrillos. She added that she would hold a press conference on Friday.

“[The sentence] is disproportionate compared to other [graver crimes] which carry lighter penalties,” reads Humala’s resolution pardoning Buscaglia. Humala also highlighted this was Buscaglia’s first offense as well as her role as a mother in the pardon given on the last day of his presidential term.

Buscaglia’s arrest launched a national debate about race and class after video of the incident went viral on YouTube. When a dark-skinned police officer tried to write her a parking ticket outside the Lima airport, Buscaglia pushed and insulted the officer before slapping the helmet from his head. She then tried to drive off while police officers stood in front of the car. The incident aggravated deep disparages in a culture already suffering from social and racial inequality.

Buscaglia was the first person charged under a new flagrancy statute which streamlines judgments for defendants arrested in the act of committing a crime. In requesting a pardon last May, Buscaglia’s lawyers argued the sentence being disproportionate to the offence in requesting the pardon.

Buscaglia left prison carrying a banner with national colors to be greeted by friends and family.